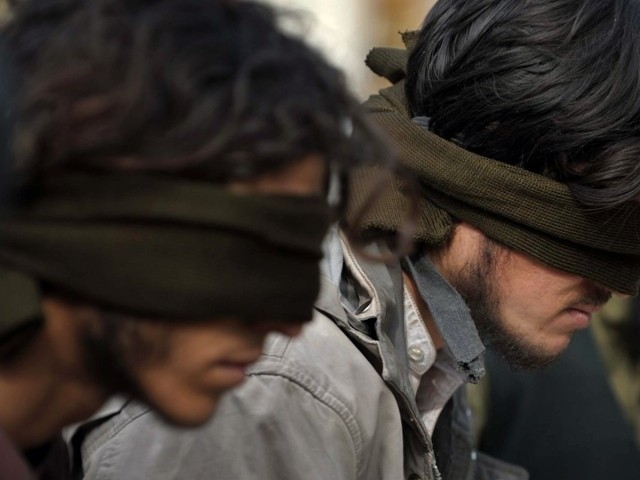 Operation Khyber-I was launched after the chief of Lashkar-e-Islam (LeI) extremist group, Mangal Bagh, refused to vacate three key strategic positions in the remote Tirah Valley of Khyber Agency, The Express Tribune has learnt from official and tribal sources.

Security forces dislodged LeI militants from one of these strategic positions in the first 48 hours of the offensive while soldiers are closing in on the remaining two positions, sources say.

Before the decisive push, pamphlets were airdropped from military helicopters in Bara and Tirah Valley on Sunday, warning local tribesmen against harbouring or aiding militants in the region which has, over the years, become a potpourri of militants of different hues. The militants have also been given a three-day ultimatum to renounce violence and surrender or else face action.

Officially, around 100 militants have given in thus far. Tribal sources, however, confirm that 70 militants, among them key commanders like Mualim, Gul Nabi and Rashid Afridi, have surrendered. This invited punitive action from Mangal Bagh’s loyalists who burnt down the houses of 30 tribesmen for aiding the security forces.

Sources say that the security forces and political administration successfully created cracks in the LeI through a carefully crafted strategy. And Maulvi Faqir, the most ferocious commander of the group in Bara, has emerged as the arch nemesis of Mangal Bagh. Two days back, Mangal Bagh’s son Israfeel and a key commander Hanif Khan were shot dead by gunmen in Bara. Maulvi Faqir and his fighters were blamed. And in retaliation, LeI fighters abducted some loyalists of Maulvi Faqir.

Tribal sources say that Maulvi Faqir has now sought help from Niaz Muhammad, chief of another extremist group Amar Bil Maroof, which is also at war with the LeI. Sources further say that Niaz Muhammad enjoys tacit backing of the local political administration. Maulvi Faqir surrendered to the security forces along with his 80 fighters on Monday. If Maulvi Faqir and Niaz Muhammad reach an understanding, they will be hand the control of all the strategic positions held by LeI.

Sunday’s pamphlets have whipped up fear among tribesmen in Bara who have started fleeing their homes fearing bloodshed in the region. Hundreds of families are said to have migrated to the neighbouring Orakzai Agency, Peshawar and other areas of Khyber-Pakhtunkhwa. Tribal sources claim that more than 1,000 families have arrived in Peshawar so far. Of them, 490 arrived through Jamrud tehsil of Khyber.

Two days ago, a jirga of the Afridi tribal elders met with the political agent of Khyber Agency where they reportedly expressed reservations over Operation Khyber-I and demanded the local tribesmen be allowed to evacuate their families to safer locations. Subsequently, the political administration gave them three days for evacuation.

Meanwhile sporadic incidents of violence continue in the region. A soldier of the Frontier Constabulary was shot dead by gunmen in Bara early Monday. He was posted in Karachi and was visiting his native village on leave.