No loss of life or proper­ty was report­ed in the attack­
By Shezad Baloch
Published: October 18, 2014
Tweet Email 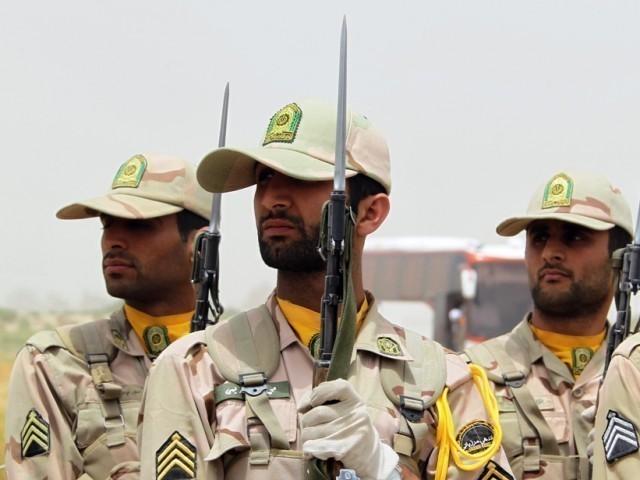 QUETTA: Iranian border guards violated the Pak-Iran border for the third consecutive day on Saturday, firing three mortar shells into a remote area of Mashkail, a town in Washuk district.

However, no loss of life or property was reported in the attack.

The attack came a few hours after Pakistan announced that it would protest with Iran against the border violation on Friday, which killed a Pakistani soldier and wounded three others.

“There were three back-to-back explosions near a bordering area inside Pakistan. We found three mortar shells exploded in an open area close to the Iranian border,” a senior official in Washuk District told The Express Tribune.

“My family woke up to the sound of three explosions at 1:00am,” Dad Mohammed, a resident of Mashkhail, told The Express Tribune. “It was like there is a bombing in our town. Children were terrified,” he said, adding, “Once a week or month, Iranian border guards fire rockets which wake us up in the middle of the night.

Dad Mohammed further claim that Iranian mortar shelling has become a norm for the past many years.

This marks the third border violation during the past two days. Earlier, Iranian forces killed a Pakistan soldier and wounded three other personnel in the Mand area of Gwadar district in Balochistan. The very next day, more than 30 Iranian troops trespassed two kilometres into Pakistan from Zero Point, a bordering town with Iran, and raided a house.

According to official sources in Iran, Iranian security guards have decided to chase and hit their targets in Pakistan since they believe Pakistani security forces have failed to do so. Iran accused Pakistani residents of drug trafficking in the bordering area.