Hunger and poverty: ‘Food insecurity major cause of concern for Pakistan’

Hunger and poverty: ‘Food insecurity major cause of concern for Pakistan’ 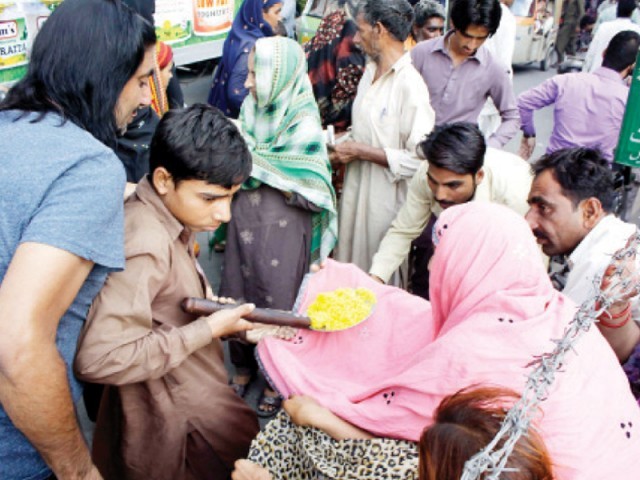 Food security is the most tangible threat to Pakistan. An increase in food production and improved access to food sources can help mitigate the threat.

These views were expressed by food security experts at an inter-school drawing competition and an awareness session on the World Food Day (WFD) on Thursday.

Last year, the United Nations had declared 2014 as International Year of Family Farming (IYFF) to stress the vast potential family farmers have to eradicate hunger and preserve natural resources.

According to the National Nutrition Survey 2013, around 60 per cent of Pakistan’s population is facing food insecurity, and in these households, almost 50 per cent women and children were malnourished.

An estimated 35 per cent of child deaths (under age 5) in the country are linked to malnutrition, while the World Health Organisation labels a national average of 15 per cent or above as an “emergency”.

It said the theme, Family Farming: Feeding the world, caring for the earth, had been chosen to raise the profile of family farming and smallholder farmers.

Public health: 24-year-old believed to have succumbed to dengue fever