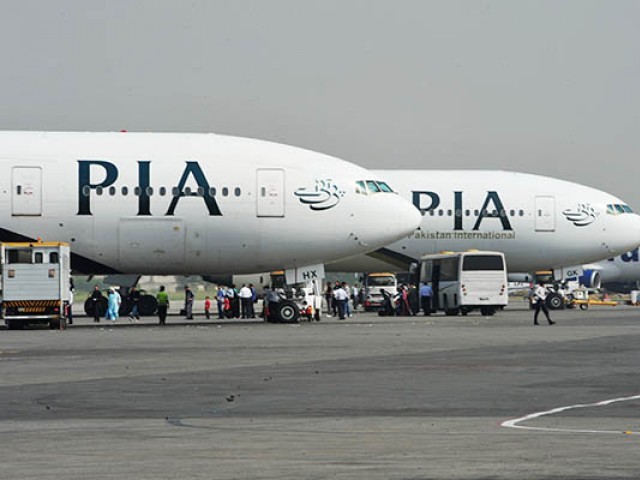 Despite reports that 10 Afghan nationals managed to travel to the United Kingdom (UK) on fake Pakistani documents via Benazir Bhutto International Airport, government officials refuse to admit that a withdrawn security system would have helped catch the illegal migrants.

FIA officials claimed that the ‘new’ Integrated Border Management System (IBMS), which will be installed within a week, will help check forged documents more effectively.

Blast from the past

The question remains — why was PISCES scrapped in favour of IBMS?

In 2011, the government rejected American offers to upgrade the PISCES border security watch system and decided to replace it with locally-developed software so that “the integrity of data will be secured, as opposed to [when using a] foreign software and database”.

The locally-developed IBMS was budgeted at Rs421 million, versus PISCES, which cost nothing. The US State Department had allocated $42 million (Rs3.6 billion at the time) to pay for all upgrades requested by the Pakistani government.

Claims that the data was accessible to the US were rubbished by Lt-Gen (retd) Moinuddin Haider, who was interior minister when the system was originally installed. According to records available on the FIA website, IBMS has been operational in Islamabad since February 15, 2011.

Back to the present

FIA Zonal Director Inam Ghani said that the biometric system will be integrated with National Database and Registration Authority (Nadra) records and passport and immigration authorities to check the documents of each passenger.

“As soon as a passenger places his or her finger on the biometric machine, their complete national identity card, passport and visa details will be displayed on the screen,” he said. The biometric machines will be installed at the arrival and departure sections of all airports.

“Currently, the Airport Security Force, the Anti Narcotic Force and the FIA have their own cameras. Under the new system, all CCTV cameras will be integrated and operational control will be given to the Civil Aviation Authority (CAA),” Ghani said.

He said IBMS is an indigenous system “which is far better and more advanced than PISCES”, adding that IBMS is compatible with the local network and can be updated according to local needs.

Ghani said the 10 Afghan nationals have not been arrested. “British immigration has information that some Afghans have entered their country.”

Meanwhile, an immigration official at the airport said the incident has further damaged the image of the country and Pakistani passengers will have to face further problems at airports as “their documents are checked locally and they also go through multi-screening checks abroad”.

He said that the Afghan nationals managed to board the flights after their documents were checked by a British embassy liaison officer, who is present to verify the documents of every passenger on UK-bound flights.

When the issue surfaced, the FIA tried to hush-up the matter, but the British High Commission took the issue up with CAA.

After the episode, the FIA had suspended a deputy director, an assistant director, a shift in-charge and two constables. An investigation is still under way.