Victim, who was a studen­t, shot dead by guards­
By AKBER BAJWA
Published: October 9, 2014
Tweet Email 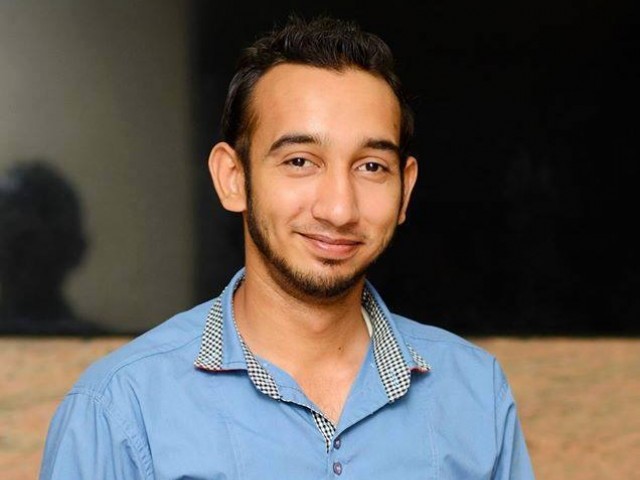 A case has been registered against Syed Abdul Qadir Gilani, son of former prime minister Yousaf Raza Gilani, and his guards after they allegedly killed a student on Wednesday night.

The case was registered in Defence Police Station on the intervention of Punjab Chief Minister Shahbaz Sharif after the relatives and residents of the area staged a protest outside the residence of Yousaf Raza Gilani in Lahore.

The victim, Tahir Malik, and his brother Waheed, were going to a relative’s house on their bike to distribute sacrificial meat, when they came across Qadir Gilani’s motorcade near Bedian Road.

Waheed told the police that the guards shouted at and abused them, forcing them to stay away from the motorcade. However, they again came across the motorcade near the DHA’s E-Block where the guards again started shouting at them, he added.

Tahir had a heated exchange of words with the guards and tried to cross the motorcade when the guards opened fire at them, killing Tahir on the spot while his brother Waheed also got injured.

Police said that no weapon was found from the deceased while Abdul Qadir Gilani told police that he had been receiving threats from unknown person for the past several days. However, the SHO Defense A, where the FIR was lodged, told The Express Tribune that no application has been filed by the Gilani family about any threat.

Officials further informed that Gilani family has handed over the guard – Muhammad Khan, 35 – to the police, who have been shifted him to an unknown location for interrogation. Weapon used in the crime, a 222 rifle, has also been handed over to the police.