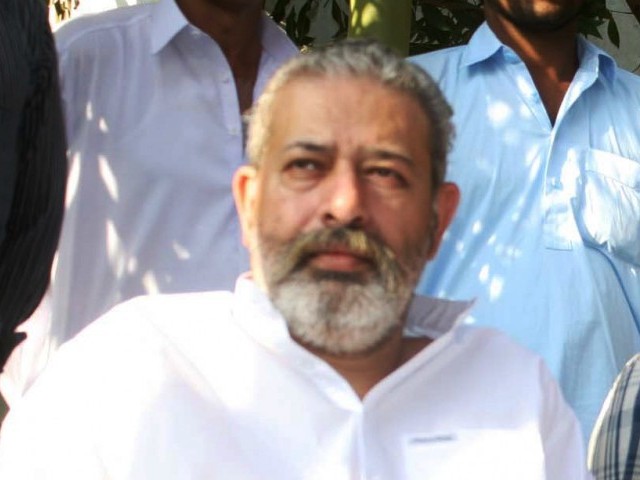 In the second such incident in less than three weeks, seven suspected militants were killed in a ‘controversial’ police encounter in Sohrab Goth. This time, the police claim to have killed the men responsible for the fatal attack on slain CID officer SP Chaudhry Aslam Khan.

In the latest encounter that began at around 1:30pm and lasted around two hours, District Malir police claim to have killed seven ‘hardcore’ militants of the Tehreek-e-Taliban Pakistan – Swat Chapter – at their hideout at Lasi Goth, Sohrab Goth.

As usual, the police claim they conducted the raid on a tip-off regarding the presence of the militants. The raid later turned into a fierce gun battle between the police and the militants as the former faced massive resistance. They, however, retaliated with full force. As a result of the onslaught, seven militants were killed.

“They even hurled hand grenades at us but fortunately, none of our personnel was hurt,” Sohrab Goth DSP Qamar Ahmed told The Express Tribune. The officer said that seven militants were killed while some of their comrades managed to escape under the cover of fire.

Three of the seven militants were later identified as Amin, Hazrat Hussain and Lal Zada, while the bodies of the remaining were shifted to Edhi morgue in Sohrab Goth for identification.

Police officials claim that the deceased militants were involved in the attack on slain police officer SP Chaudhry Aslam Khan. “We are sure that they were involved in the attack on SP Khan,” said DSP Ahmed. The officer added that Amin was the brother of the suicide bomber who had attacked SP Khan with the explosive-laden vehicle.  It was Amin who had allegedly prepared the explosive-laden vehicle used to attack SP Khan. Police officials also claim to have seized a huge cache of explosives, hand grenades and weapons from the militants’ hideout.

Sharing details of the remaining deceased militants, the officer said that Hazrat Hussain had been involved in monitoring SP Khan’s movement and Lal Zada had arranged for the explosives to carry out the attack.

At least four dozen alleged militants have been gunned down in Sohrab Goth since the start of the Karachi operation on September 5, last year. In the last encounter, seven militants associated with the TTP’s Waliur Rehman group were killed by the same police team on September 17, this year. Residents of Sohrab Goth claim that the police are killing innocent people in ‘fake encounters’.

Four suspected robbers were lynched by residents of different localities in separate incidents of vigilante justice, while two alleged street criminals were killed during an encounter with the police on Super Highway.

Two alleged street criminals were beaten to death by a mob in Orangi Town within the limits of Pakistan Bazar police station. The suspects were looting passersby when the resident caught them and starting beating them up. Both the suspects were critically injured. The police later reached the site and rescued them from the mob. They were taken to Abbasi Shaheed Hospital where both succumbed to their injuries during treatment. They were later identified as Farhan alias Zahrila and Waseem.

On Saturday night, two alleged street criminals were caught by residents at Ghaus Pak Road in Korangi when they were robbing people on gunpoint at a milk shop. The suspects opened fire in an attempt to flee but the mob managed to get a hold of them and beat them unconscious. Both suspects were taken to the Jinnah Postgraduate Medical Centre where they succumbed to their injuries while undergoing treatment.

On Sunday, two suspects were killed in an alleged encounter with the police near Cattle Market on Super Highway. Police officials said that the encounter took place when the suspects were looting visitors of the cattle market, adding that police reached the site and killed two of the five suspects after an exchange of fire, while three of their companions managed to escape.