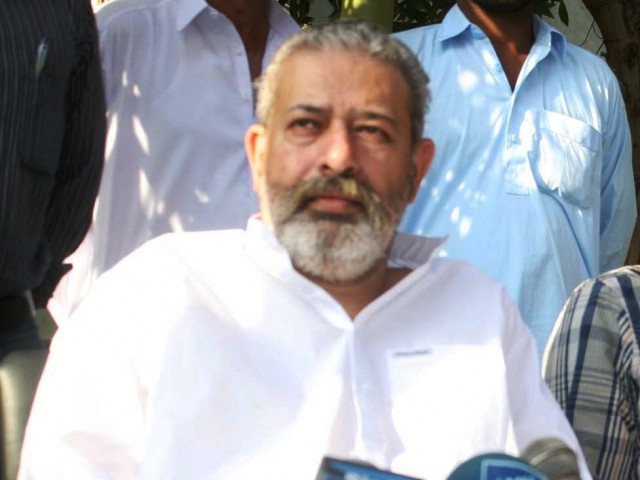 KARACHI: At least seven militants of a Tehreek-e-Taliban Pakistan (TTP) were killed on Sunday in a police operation in Lasi Goth area of Karachi, officials said.

“Three of the militants were involved in the attack on late CID officer Chaudhry Aslam,” SSP Malir Rao Anwar said.

Anwar said police conducted the targeted operation on information about militants hiding in the area.

An Express News screengrab of policemen who took part in the operation.

“There were up to 16 TTP militants present in the house when we raided it,” Anwar told AFP.

As the police reached the area, militants fired at them and hurled hand grenades resulting in a gun battle between the two. However, police officials remained unhurt in the exchange of fire.

The bodies were shifted to a hospital where three were identified as Amin, Lal Dada and Hazrat Hussain.

The raid came two weeks after SSP Farooq Awan, who has been a key player in the police’s fight against terrorist groups in the city since 2001, survived a car bomb attack in Karachi.