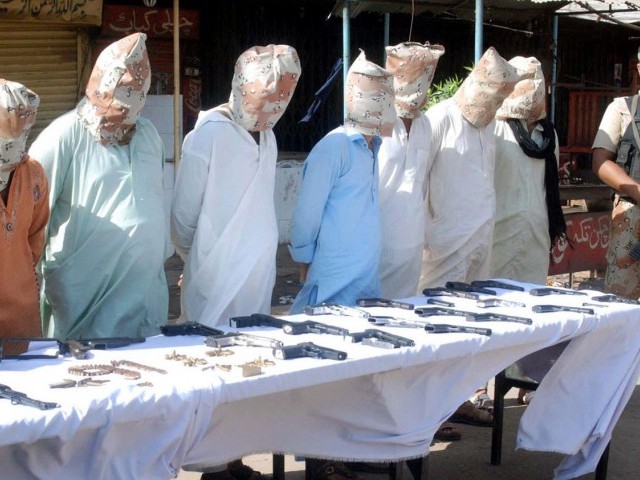 KARACHI: Rangers and police officials on Sunday arrested over 135 suspects in targeted raids carried out in different parts of Karachi, Express News reported.

Four of the suspects reportedly belonged to a banned outfit.