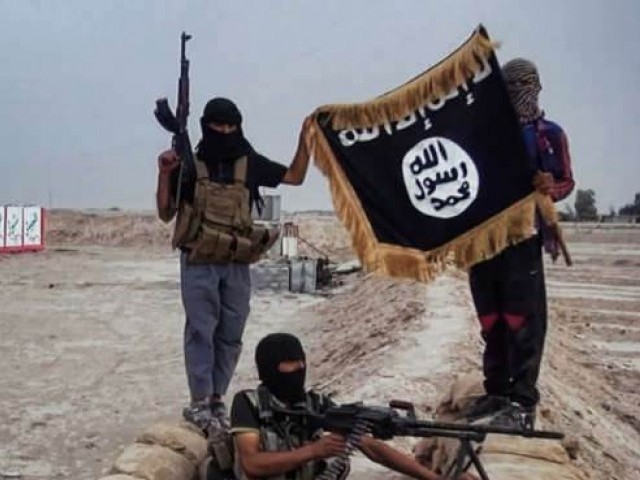 The Tehreek-e-Taliban Pakistan (TTP) declared allegiance to Islamic State (IS) on Saturday and ordered militants across the region to help the Middle Eastern group in its campaign to set up a global Islamic caliphate.

IS, which controls swathes of land in Syria and Iraq, has been making inroads into South Asia, which has traditionally been dominated by Taliban insurgencies against both the Pakistan and Afghanistan governments.

The announcement comes after a September move by al Qaeda chief, Ayman al Zawahiri, to name former Taliban commander Asim Umar as the ‘Ameer’ of a new South Asia branch of the network that masterminded the 2001 attacks on the United States.

Although there is little evidence yet of a firm alliance between IS and Taliban commanders, IS activists have been spotted recently in Peshawar distributing pamphlets praising the group. IS flags have also been seen at street rallies in Indian-administered Kashmir.

In a message marking Eidul Azha, the TTP spokesperson said they fully supported IS goals. “Oh our brothers, we are proud of you in your victories. We are with you in your happiness and your sorrow,” Shahidullah Shahid said in a statement sent to Reuters by email from an unknown location.

“In these troubled days, we call for your patience and stability, especially now that all your enemies are united against you. Please put all your rivalries behind you … All Muslims in the world have great expectations of you … We are with you, we will provide you with Mujahideen (fighters) and with every possible support.”

The leader of TTP’s splinter group, meanwhile, offered mediation between IS and other jihadi groups. Omar Khalid Khorasani, the leader of TTP Jammat-ul-Ahrar group, suggested reconciliation among IS, Jabha tun Nusra, the al Qaeda group in Syria, and other militant factions.

In a message released to the media by the group’s spokesperson Ehsanullah Ehsan, Khorasani said that since the “infidels have formed a coalition to attack the Muslims of Iraq and Sham, it is important that the Mujahideen are united against this aggression”.

The statement, released in Urdu, Pashto and Arabic, was sent after IS militants beheaded British aid worker Alan Henning in a video posted on Friday, triggering condemnation by the British and US governments.