Karzai’s commission: Afghan panel to dig out truth about trenches

Karzai’s commission: Afghan panel to dig out truth about trenches 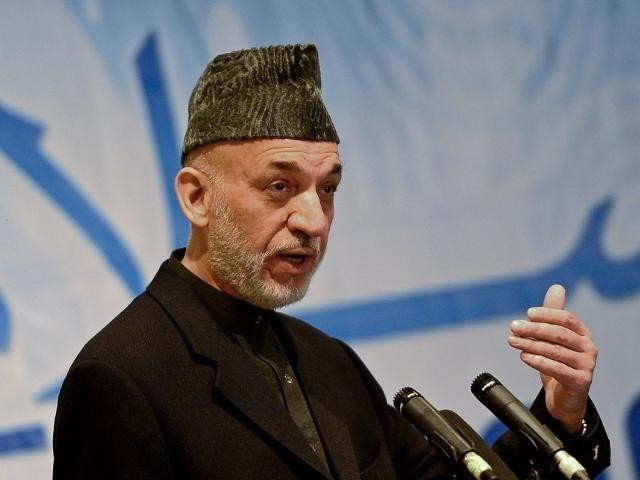 Afghan President Hamid Karzai has formed a commission to ‘assess and investigate’ Pakistan’s plan to dig out trenches along the border with Afghanistan.

“As reports suggest, the Pakistani forces have started digging trenches along the artificial Durand Line, the president of Afghanistan has formed a team of ministers and officials to investigate the matter,” said a statement posted on Karzai’s website.

According to the statement, Afghanistan’s deputy interior minister will head the commission which will also comprise deputy foreign, defence and border and tribal affairs ministers.  Technical experts will also be part of the team.

“The team will examine all relevant documents and historical evidence to determine the status of the excavations and will submit a report as soon as possible,” it said.

Frontier Corps (FC) in Balochistan had earlier said the proposed 480-kilometre-long trenches were aimed at curbing ‘cross-border incursions’ of terrorists and smugglers into Pakistan.

According to the FC, nearly 235-km of the trench have already been dug and the remaining part is expected to be completed by October 30.

Talking to Voice of America (VoA), Pakistan Army’s spokesman Major-General Asim Saleem Bajwa said the project was part of administrative and security measures Pakistan had undertaken to secure the border with Afghanistan.

“We have to protect and secure our borders. So, anything that is done on this side of the border remaining within our own area is very much legal,” VoA quoted Bajwa as saying on Sunday.

However, as there is no let-up in Pak-Afghan tensions over cross-border attacks, the issue of trenches could vitiate the already tense relationship.

Afghan lawmakers have also opposed digging of trenches and said the issue will be taken to the UN and other international forums.

Members of the Senate of Masharanu Jirga claimed the move is aimed at “dividing the Pashun living on both sides of the Durand Line,” Pajhwok news agency reported on Sunday.