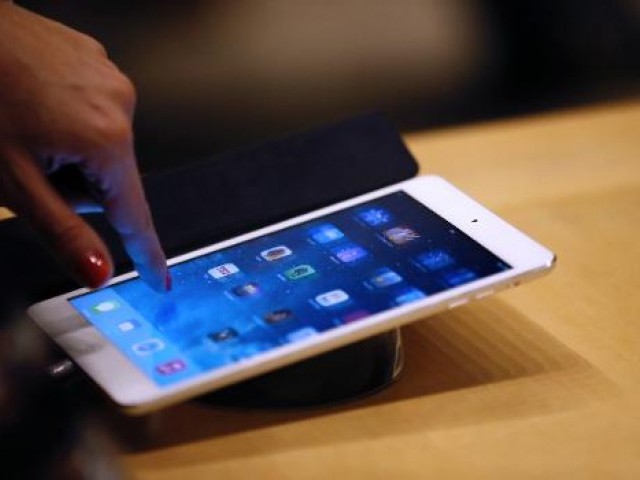 Mengal was speaking after distributing tablets among the department’s monitoring staff. PHOTO: AFP/FILE

Mengal was speaking after distributing tablets among the department’s monitoring staff.

A number of lawmakers including Mian Muhammad Farooq, Rajab Ali Baloch and Mian Tahir Jamil were present on the occasion.

The DCO said innovative steps were being taken to improve the department’s service delivery. Mengal said digital data collection after the introduction of tablets would ensure effective monitoring of school affairs. He said weaknesses and shortcomings in education would be addressed to realise the targets set by the government in the Punjab Schools Reforms Programme.

Mengal urged monitoring staff to put the tablets to good use. He instructed the district monitoring officer to ensure that the initiative was successful.

Mengal urged the officer to focus his energy on building teacher capacity. He said a similar system would be introduced at the

The lawmakers praised the initiative as an innovative way of monitoring education management.

They said the tablets should be used well to avoid corruption and leaks. The district monitoring officer said the monitoring staff had been trained by an expert from Lahore.

The DCO said taking advantage of the technological advancements had helped various departments improve performance. He said these tablets would also help efficiency and monitoring.

Lest one forget: Donations drive planned to be organised for IDPs