Rebell­ion and romanc­e were recurr­ent themes of his poetry.
By Rafay Mahmood
Published: August 26, 2014
Tweet Email 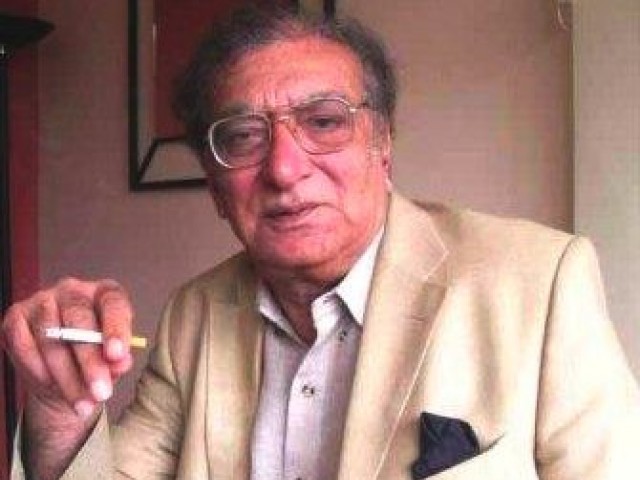 Faraz was awarded Hilal-e-Imtiaz in 2004 by the then President of Pakistan, Generel Pervez Musharraf. Two years later, he returned the award as a means of protest against the actions of the Musharraf regime. PHOTO: ahmadfaraz.com

Not only are these couplets by the late poet Ahmad Faraz reflective of the simplicity of his works, but also why he developed such a massive following. The poet, who went on to win accolades such as the prestigious Sitara-e-Imtiaz, died of kidney failure in 2008 at the age of 77. August 25 marks his sixth death anniversary.

Sarmad Faraz, son of the late poet, talks to The Express Tribune about how with each passing year, fans’ love for his father keeps increasing. “His close friends and people he used to hang out with go out of the way to arrange in-memoriam events for him,” he says.

“But what is really fascinating is the response from people who didn’t know him at all. People like his personal assistant, driver and other support staff own him more than any of his close friends do. This speaks a lot about his personality and the genuine concern from less superficial people.”

Sarmad believes the major reason for such a wide following is the fact that he was able to communicate the most difficult ideas in the easiest language. This gained him respect both in the literary circle and people who were only looking to read or hear a couplet that would make their day.

Faraz was awarded Hilal-e-Imtiaz in 2004 by the then president of Pakistan, Generel Pervez Musharraf. Two years later, he returned the award as a means of protest against the actions of the Musharraf regime.

“My conscience will not forgive me if I remained a silent spectator of the sad happenings around us. The least I can do is to let the dictatorship know where it stands in the eyes of concerned citizens whose fundamental rights have been usurped,” he said when he returned the award, reported the New York Times.

Faraz was arrested for criticising General Ziaul Haq’s government and went into self-imposed exile in the 1980s. Other than his works that make a social commentary on the status quo, his romantic poems gained immense recognition. His works including Ab ke tajdeed-e-wafa ka nahin imkaan jana and Ranjish hee sahi have been sung by music virtuosos across the globe.

Tiger Shroff has a tiger by the tail