The police was trying to make sketch­es of the culpri­ts with the help of the footag­e obtain­ed.
By Our Correspondent
Published: August 26, 2014
Tweet Email 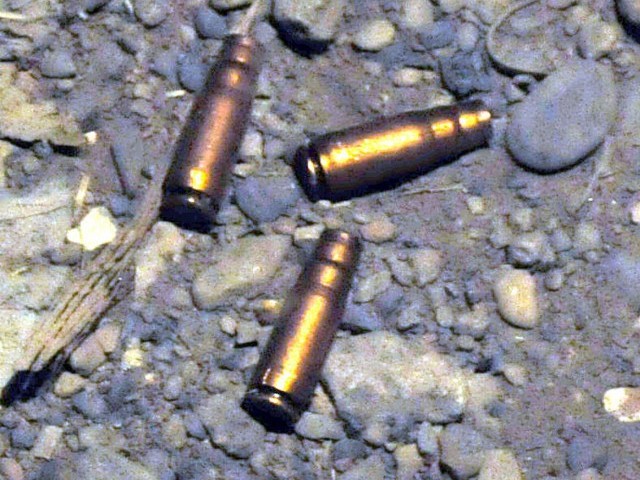 A day after the incident, police investigators remained unable to ascertain the motive behind the incident; however, they suspect that personal enmity was the cause behind the target killing. STOCK PHOTO

A young landlord was shot dead outside his bungalow within the limits of Gizri police station on Sunday evening.

Jahanzaib, 22, son of excise and taxation officer Lala Tariq, was killed while washing his car outside his rented house on Khayaban-e-Sehar in Defence Housing Authority Phase VI. The deceased was a landlord from Tando Adam Khan. He was shot by two armed men on a motorcycle.

A day after the incident, police investigators remained unable to ascertain the motive behind the incident; however, they suspect that personal enmity was the cause behind the target killing.

Gizri SHO Obaidullah Khan ruled out the possibility of kidnapping or extortion and said that the investigators found clues suggesting that the incident took place over personal enmity. “We have examined footage from closed-circuit cameras which confirms that the assailants did not try to snatch a car, a cellphone or any other valuables from him,” he explained. Khan said that the family was traumatised and unable to give the police further statements.

“We believe that the killing occurred over personal enmity and now we merely have to ascertain what kind of personal enmity was involved,” he added. The police was also trying to make sketches of the culprits with the help of the footage obtained.