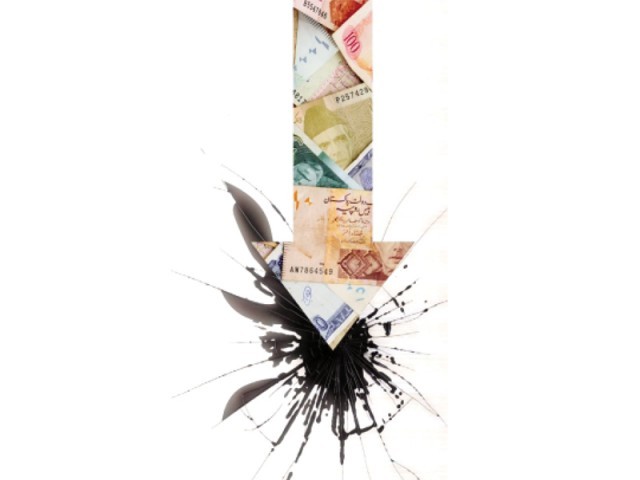 The rate had previously increased to Rs102, but soon after rose by Rs1 and 64 paisas. CREATIVE COMMONS

As the ongoing political crisis continues, the rupee has been in freefall as it further depreciated against the dollar, standing at Rs103 on Monday, Express News reported.

Before Monday, the rupee stood at 102 to a dollar, but rose soon after trading began.

Up until two months ago, the rupee had appreciated considerably, and was stable at 98.1/98.3 against the dollar, buoyed by remittances and $1.5 billion ‘gift’ from Saudi Arabia in the from of foreign exchange.

But heavy debt repayments to the International Monetary Fund (IMF) had dented the central bank’s foreign currency reserves, which declined significantly, putting pressure on the rupee.

The market has also taken a hit because of the current political turmoil. The benchmark Karachi Stock Exchange also saw a drop of over 352 points by the end of trading on Monday, a change of 1.22%.