Indian Punjab­i film blocke­d as it is remini­scent of one of the most balefu­l crises in recent histor­y.
By News Desk / Ayesha Shaikh
Published: August 23, 2014
Tweet Email 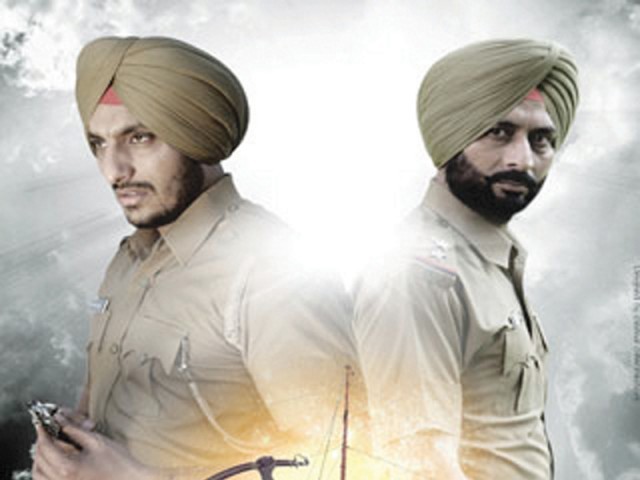 CONTROVERSIAL: The film was originally slated to release on August 22. PHOTO: PUBLICITY

In a personal letter written to her British counterpart Margaret Thatcher, former Indian Prime Minister Indira Gandhi justified why she ordered the ill-boding Operation Blue Star (1984), which caused what may be perceived as reparable damage to the revered Golden Temple, but irreparable damage to Sikh sentiment. “It is never easy to undertake security action involving a place of worship… We had no choice but to send an army unit which exercised the utmost restraint,” Indira clarified.

Not only did the operation that saw a great number of casualties suffer a major blowback in how it catalysed Sikh radicalism, but also sealed Indira’s fate, as she was assassinated merely four months following the incident. A recent reminder of what has gone down in history as one of the most baleful national crises is an Indian Punjabi film titled Kaum De Heere, which has been banned for reportedly glorifying the lives of Indira’s assassins, her personal guards Satwant Singh, Beant Singh and conspirator Kehar Singh.

The film sparked controversy, evoking a staunch response from the Indian home ministry and the Central Board of Film Certification (CBFC), reported IANS. Expressing reservations and serious concern over its content, the home ministry asked the information and broadcasting ministry for a relook into the clearance granted to the film. It said that some of the content in the film was “highly objectionable” and could derail harmony in Punjab and other northern states, causing communal tension between Hindus and Sikhs.

Chairperson of CBFC, Leela Samson, said, “The film is double trouble. It glorifies Indira Gandhi’s assassins who took the law into their own hands and glorifies the hanging of the two men,” reported the Guardian. Interestingly, the ‘assassins’ have been declared as ‘martyrs’ by the highest temporal seat of the Sikhs (Akal Takht).

According to the Times of India, the film is said to have been initially cleared by Censor Board CEO Rakesh Kumar after he took an INR100,000 bribe. Kumar is presently under custody for his alleged involvement in a separate bribery case.

“We saw the film and decided that it will not be released on August 22 [its set date of release],” stated Leela. “Because of the law and order situation that might result from showing the film and based on the ministry of home affairs report, the home ministry, the CBFC and I and B officials, this decision has been taken,” she added.

Operation Blue Star was aimed at quelling Sikh fundamentalist Sant Jarnail Singh Bhindranwale and his armed followers who had found sanctuary in the Golden Temple Complex. In a recent interview, Kaum De Heere’s writer-director Ravinder Ravi stated that it is based on a true story, clarifying that it has nothing to do with Bhindranwale or the operation, the Hindustan Times reported.

“The film is based on true events as per the findings of Justice Thakkar Commission and does not aim to create any controversy,” he said. “The motive is to tell the audience the actual chain of events and give biographical accounts of Satwant, Beant and Kehar Singh.”

Actor Sukhdeep Sukh, who plays the role of Satwant, commented, “We are surprised to see the unnecessary controversies being raised by political outfits for such an emotional and a balanced film.” He added, “It has nothing to do with Operation Blue Star. There are just one or two scenes and those, too, in the backdrop. The rest of the film is post Blue Star and revolves around Satwant, Kehar and Beant’s lives.”

Soon after Indira’s assassination, Beant was shot dead while he was in police custody. Both Satwant and Kehar were arrested and sentenced to death by hanging. The sentence was carried out on January 6, 1989. Despite stark differences between the two political parties, both Congress and the ruling Bharatiya Janata Party (BJP) have demanded a ban on the Punjabi film.

Bring out your mardaana: Rani to girls