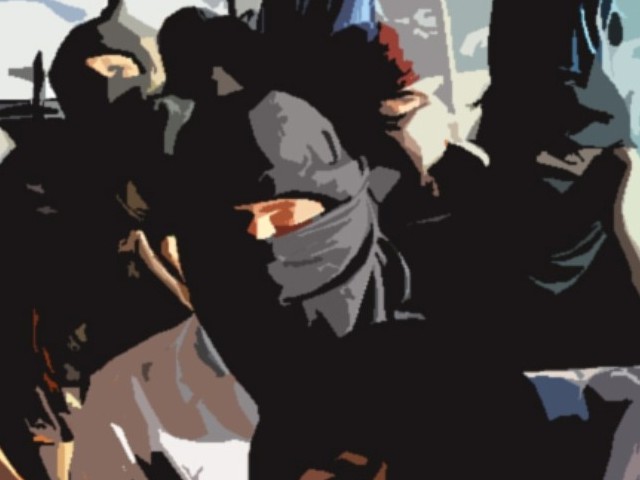 "About 70 to 80 militants intruded from (the) Afghanistan side into Pakistani territory," the military said in a statement. STOCK IMAGE

ISLAMABAD: A paramilitary soldier was killed in an exchange of fire with militants who entered Pakistani territory from Afghanistan on Friday, the military said.

The incident happened in the Muslim Bagh sector of Balochistan, near the Afghan border.

The exchange of fire between armed men and security personnel was still underway till the filing of this report.

“Around 70 to 80 armed men, smugglers and militants, tried to enter Pakistan from Afghanistan near Muslim Bagh in Qila Saifullah. Frontier Corps (FC) personnel, primarily responsible for guarding border, tried to stop them when they opened fire,” spokesperson of FC Balochistan Khan Wasay told The Express Tribune.

During the exchange of fire, an FC personnel, Naik Mohabat Khan, sustained serious bullet wounds and later reportedly succumbed to his injuries.

The FC troops were on their routine patrol when they spotted the intruders entering Pakistani side border taking the cover of the poppy crops.

“The clashes between security forces and smugglers often take place near the bordering area,” spokesperson further said, adding that the exchange of fire is still underway.

Militants from Afghanistan routinely intrude into Pakistani territory near the border in the northwest and attack military check posts and their opponents, souring diplomatic ties between Islamabad and Kabul.

Rebels from Afghanistan stormed the house of a local anti-Taliban militia member earlier this month in northwestern Upper Dir district, killing him and three members of his family.

Islamabad has blamed Tehreek-e-Taliban Pakistan (TTP) chief Mullah Fazlullah for the attacks. Fazlullah is believed to be hiding somewhere in Afghanistan’s Nuristan province.