Book review: Of rainbows, gutters and prisms - searching for rainbows

Book review: Of rainbows, gutters and prisms - searching for rainbows 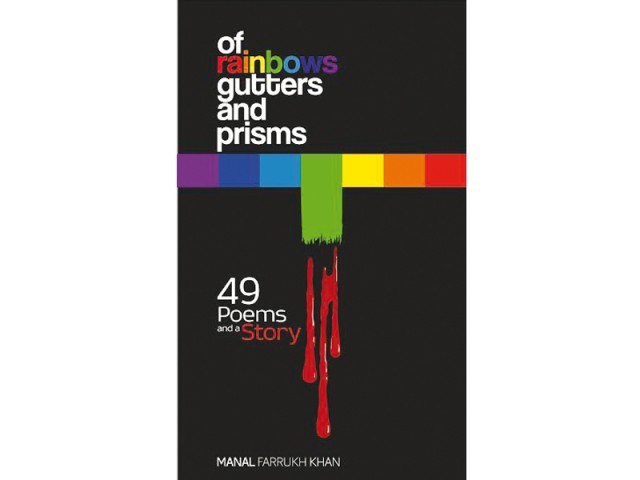 Poetry is tricky business. For a poet, opening up their innermost world to scrutiny is not an easy feat. Manal Farrukh Khan, however, with her new, self-published anthology, of rainbows, gutters and prisms, has boldly done just that. Yet, as we have come to see time and again, such valiant efforts do not always translate into a gratifying literary experience.

From the very beginning, Khan sets the reader up for disappointment. The lowercase letters in the title, that echo E E Cummings in style, is a bit premature right at the beginning and the clichéd structure, a string of lofty words, preceded by ‘of’, has been massively overdone. Most poems fall in an ambiguous, uncomfortable grey territory between free verse and lyrical. And oftentimes, the rhyming seems forced and awkward, barring a few short phrases intentional. Her work clearly depicts a young, inexperienced writer trying out many voices, desperately searching for her own.

The material covers issues that are larger-than-life and jarring such as identity crises, discrimination against minorities, unbearable social inequality, cultural taboos and abusive relationships among many others. These towering matters are condensed into pieces that are too short or inadequate to do them any justice. The imagery, the backbone of poetry, concocted by the letters on the page is therefore not sufficient.

The main problem with this collection is that in her quest to be poetic and philosophical, Khan leaves out her readers entirely. Even the ‘about the author’ section abstractly speaks of the “infinite world that exists within”, and how that world differs for a doctor and a poet. For anyone who is curious, Khan wears both these hats, but even that is not explicitly clarified in a section that is primarily there to acquaint the writer with the reader.

The short story at the end is the collection’s comparative saving grace. Free from forced poetic convention, the narrative flows well, making us believe that perhaps short stories are Khan’s forte. This particular one is told in a more natural, straightforward manner and manages to do what almost none of the poems could — transport the reader elsewhere.

What one could look forward to from Khan in her next anthology, should there be one, is poetic ripening. If the poet is unhindered by the lack of response to this book, takes criticism constructively, and deepens her knowledge of metre and structure, there is scope for growth. Through effective use of structure, phrasing and word, Khan can harness her social conscience, grand ideas and fearlessness and certainly “create a ripple in an already turbulent sea.” — but next time.

Ayesha Siddiqi is a University of Chicago alum and currently works for a fashion and lifestyle publication. She tweets @ayeshars88