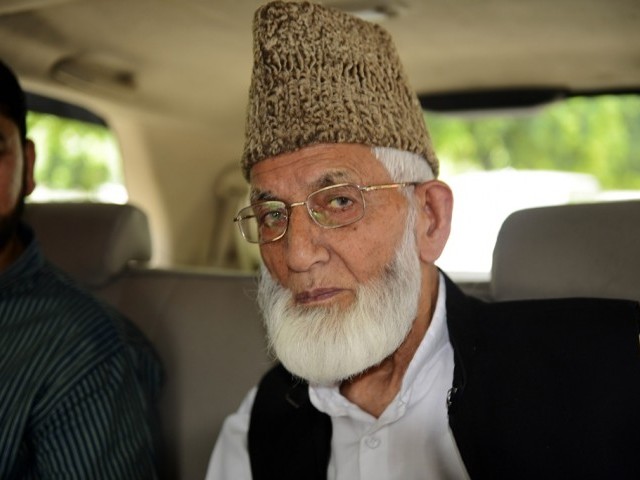 Kashmiri leaders met Pakistan’s envoy to India on Tuesday, a day after New Delhi called off meeting between the Indo-Pak secretaries.

All Parties Hurriyat Conference’s senior leader Syed Geelani and Jammu and Kashmir Liberation Front chief Yasin Malik met Pakistan High Commissioner to India Abdul Basit, but it was not immediately clear what they spoke about.

Speaking to reporters before his meeting with Basit, Geelani criticised India’s decision of calling off the meeting, saying it was undemocratic.

“We have been visiting Pakistan embassy several times to hold talks,” he said, referring to an almost two-decades-old practice of Kashmiri leaders holding dialogue with Pakistani officials, including during the tenure of the previous BJP-led government of Prime Minister Atal Bihari Vajpayee.

“The issue of Jammu and Kashmir is an international issue and it should be solved. As long as promises made to us are not fulfilled, this issue will remain unsolved,” IANS reported Geelani as saying.

Following Monday’s decision by New Delhi, that bonhomie is looking like a distant dream, prompting Washington to call the move “unfortunate”.

“It is unfortunate that planned talks between India and Pakistan have fallen through,” US state department deputy spokesperson Marie Harf told reporters after the cancelling of talks.

“We continue to support efforts by India and Pakistan to improve all aspects of their bilateral relations. And that is a position we will continue making clear to both parties here.”