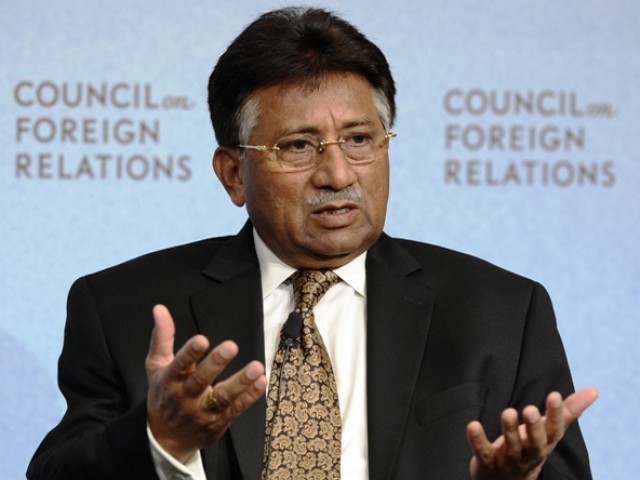 Former president Pervez Musharraf talks during a meeting at the Council on Foreign Relations, November 9, 2010, in New York. PHOTO: AFP

NEW YORK: Pakistan’s former leader Pervez Musharraf said Tuesday that India was trying to create a hostile state in Afghanistan as he hit back at criticism of his country’s role in fighting extremists.

Musharraf, who is touring the United States as part of a comeback bid, said he has seen photographs of Kabul-based ‘Pakistan terrorists’, a likely reference to Baloch separatists, meeting in India with intelligence agents.

‘If I’m allowed to be very, very frank, India’s role in Afghanistan is to create an anti-Pakistan Afghanistan,’ Musharraf said at the Council on Foreign Relations.

‘This is very clear to me. There are consulates in Kandahar and Jalalabad (which) are actually involved in creating trouble in Pakistan. They have no other role,’ Musharraf said.

‘Why wouldn’t the consulates be somewhere in the north facing Uzbekistan and Tajikistan?’ he asked.

India has consulates in the southern cities of Kandahar and Jalalabad, but also in Mazar-i-Sharif in the north and Herat in the west.

Pakistan has long voiced concern about India’s role in Afghanistan. US officials have given little credence to the assertions, with President Barack Obama in a speech Monday to the Indian parliament praising New Delhi’s assistance to the war-torn country.

India, not a traditional donor, has committed 1.3 billion dollars to Afghanistan since the fall of the Taliban regime and is building roads, power lines and a new parliament building.

Musharraf bristled at criticism that Taliban and al Qaeda leaders have been able to escape US-led forces in Afghanistan by crossing into safe havens in Pakistan’s tribal region.

‘Parliamentarians own 90% of sugar mills’