Obituary: The Faqir of Kulachi dies the day he was born 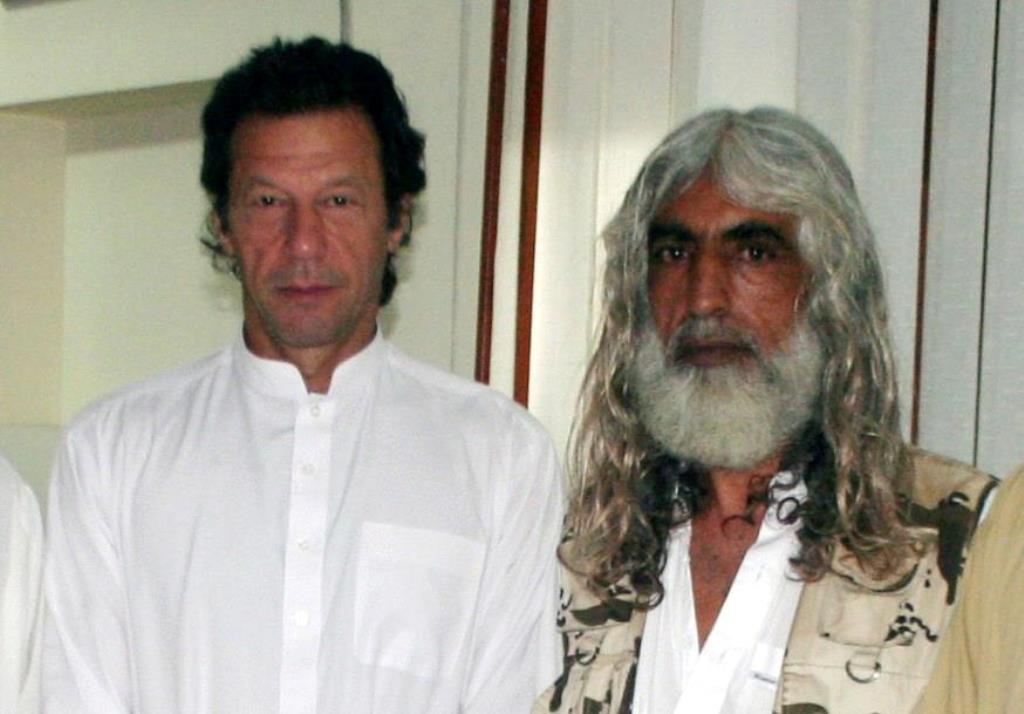 Life in a constant state of flux is what would be an apt description for Faqir Jamshed Ahmad, a geologist-turned-Sufi who then raised his own militia against the Taliban before he joined the Pakistan Tehreek-e-Insaf (PTI).

Even then, Jamshed contested elections from the Pakistan Saraiki Party’s (PSP) platform, taking a more nationalistic stand, albeit, without much choice.

On Monday, that flux turned static. An improvised explosive device planted on the road exploded just as Jamshed’s car passed by Maddi outside DI Khan. The impact killed Jamshed, his driver and his guard.

Jamshed’s death is the second major political assassination in DI Khan in a second consecutive year. Khyber-Pakhtunkhwa’s lawminister Israrullah Gandapur was killed in a suicide attack in October 2013 during Eid celebrations at his house.

“He died the day he was born.” His brother Faqir Haroon told The Express Tribune that Jamshed was born on the same day in the August of 1961.

Jamshed belonged to Kulachi tehsil in DI Khan, a predominantly Saraiki area. He completed his early education in DI Khan but went on to earn a master’s degree in geology from the University of Peshawar in the mid-80s, according to his brother.

Born in a family which followed the famous Sufi scholar, Sultan Bahu, Jamshed also adhered to the same spiritual leanings. After the death of his grandfather Faqir Noor Muhmmad Kolachi, Jamshed was appointed the Sajda Nasheen (successor) of the local order.

That is when Jamshed’s spiritual journey began, said his brother. His disciples are not just in Pakistan but as far as India, South Africa and the United States.

According to Haroon, Jamshed helped translate a number of works which were published in Sanskrit, French and eight other languages.

“There are more than 15,000 followers of the same Sufi order in South Africa and we run it, through the Noor Bahu Foundation International, in the United States,” said Haroon.

Friction with the Taliban

Jamshed’s views of religion and the Sufi order were in direct confrontation with the rising influence of the Taliban in and around DI Khan, bordering South Waziristan.

He had been threatened and attacked by then TTP chief of the DI Khan chapter, Anwar Jannapur.  It was then that Jamshed raised a lashkar of about 500 men to counter the influence of the Taliban in Kulachi.

Although his family says that they did not know that Jamshed had received direct threats, Jamshed himself made sure around 150 armed men were standing guard in his area for protection.

Officials, however, confided, saying there were indications that such targeted attacks were to increase. They were well aware of the situation that had developed as a fall out of Operation Zarb-e-Azb in North Waziristan.

Jamshed’s political affiliation with the PSP was a direct result of PTI’s decision against allotting him a party ticket to contest elections. Standing from NA-24, DI Khan against political stalwarts like Maulana Fazalur Rehman , Jamshed did not stand a chance and lost.

But according to a close aide, “Jamshed wanted to do something for his people.”

Jamshed is survived by two daughters. 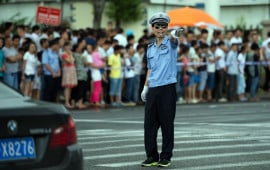 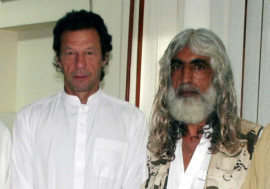 Targeted: Faqir of Kulachi, 2 others die in DI Khan blast

Indeed a great Pashtun leader. A common man who did not live a luxurious life, lived a faqeeri life. His enemies did not have the courage to fight him in front. After Israr Gandapur Shaheed, its the secong huge loss of Gandapur tribe. A great and brave leader "Faqir Jamshed Gandapur" got martyred. May Allah rest his soul in Peace.

1: He is survived by two daughters and two sons. 2: Its Anwar Gandapur, or Anwari. A well known islamist terrorist of TTP , that must be eliminated.

No 150 armed men were present for the security of Faqir Jamshed. Faqir Jamshed was a lone wolf, & had hardly 20 armed men for his security, most of these were his Mureed or workers in his land, that is they had other things to do as well. Usually two armed men would accompany him, including a driver.

He was a wonderful marksman. His enemies would think a thousand times before attempting any attack. One of his enemy would say " I didnt attack him yet and the reason for that is If I shot at him, it can miss the target. But if he survived, he wont miss."

He had a marxist youth. He wouldnt call himself one though, but was well aware of marxist theories, class struggle etc. The influence must have been started during his time at University of Peshawar. When he finished his studies and came back to his people, he wanted to see a change in their political and social condition. He started organizing his friends, had study circles, initiated class actions for oppressed classes such as cleaning workers (Kutanras, Chuurras as they are known) & non-Pashto speaking classes. He even started a free school for those who couldnt send their children to normal education system, the project was abandoned later. He fell in love and married.

His troubled time started when he was seriously wounded in an attack on him by an old-friend. These events changed his life forever. He made enemies because of his political and social ambitions. Many troubling years passed untill things calmed down again. Jamshed was a changed person than the one who came back after completing his MSc.

He was still interested in politics, would take part in elections without much success. He also started his transport business on a small scale. This transport business brought him in direct clash with local Taliban, who asked him to give them the control of the Bus-stand (Adda). Jamshed's response was "Today you are asking me to hand you over this bus-stand business, tomorrow you would ask me for my wife". This transport business clash extended to the bus stand in Dera Ismail Khan city as well for the transport from Kulachi, Tank & SWA. It resulted in many skirmishes between the two parties. Jamshed wouldnt let them use the Tank-D I Khan road, so that the taliban controlled transport had to take a much longer route to reach D I Khan.

The peace deal was negotiated as the religious clergy, army and politicians got involved. But everyone knew that Taliban were not serious about this deal and would go against it as the first opportunity comes. Faqir jamshed was a huge factor in neutralizing the influence of Taliban in the area.

kakhangandapur | 6 years ago | Reply Two corrections: 1. The great man is survived by two sons and two daughters. 2. "Anwar Jannapur" is misspelled. It is Anwar Gandapur". He is the only man in entire Pakistan who stood to these tyrants and they came and were forced to apologize for their deeds. They took his life by a cowardly act as they did not have the courage to face him. He was never deterred and moved without any safeguards. He was a true picture of a brave man and we will miss him always. May Allah rest his soul in Peace.
Replying to X
Saved ! Your comment will be displayed after the approval.
Error !
Error! Invalid Email.