In protest: Water shortage irks citizens, forces them to take to streets

In protest: Water shortage irks citizens, forces them to take to streets

The reside­nts say they are runnin­g out of water.
By Our Correspondent
Published: August 1, 2014
Tweet Email 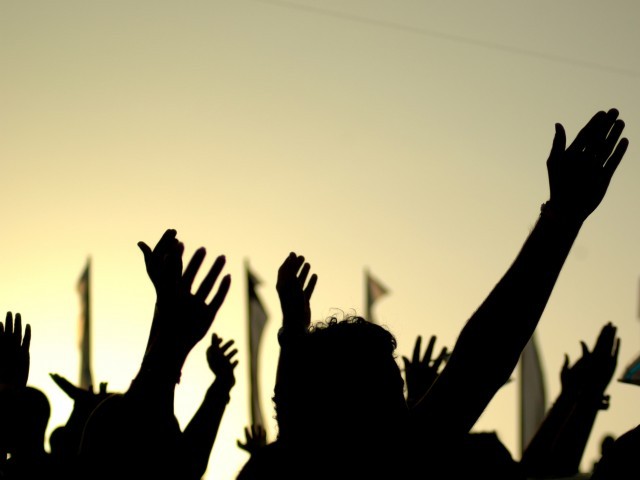 KARACHI: Charged residents of Mehmoodabad and surrounding areas blocked the main thoroughfare of Sharae Faisal over shortage of potable water and unannounced load shedding on Thursday.

The residents claim they are running out of water, and to add to the misery, the K-Electric also conducted unannounced load-shedding even during the Eid festivities. According to an official of the Ferozabad police station, there were around 70 to 60 people who blocked main Sharae Faisal near the Nursery signal. “They disrupted the law and order situation by pelting stones onto passing vehicles and burning tyres,” he added.

He further informed that the miscreants also tried to break the electricity poles, to record their protest against the management of K-Electric. However, after negotiations with the senior police officials, the protesters dispersed peacefully.

The spokesperson of Karachi Water and Sewerage Board (KWSB) informed The Express Tribune that the water shortage is the same as last months because of K-Electric’s continued unannounced power outages at all of their pumping stations.

On the other hand, the K-Electric spokesperson refuted these allegations and claimed that the K-Electric is not conducting any announced or unannounced load-shedding at any of the KWSB pumping stations. “Any electricity problem must be a result of overloading and line faults,” he said. “Instead of protesting against us, they should just complain as our staff is available on emergency duty even during the Eid festivities.”

Water crises in other parts of the city

According to sources, the 66-inch-diameter valve of a water pipeline broke down on Wednesday at Abul Hasan Ispahani Road. As a consequence, several areas faced severe water shortage. However, a KWSB press release that the valve was fixed late at night and water supply was restored immediately.

Meanwhile, a few people had occupied the pumping station at Shafiq Mor, New Karachi, and were supplying water to their areas by turning the valve on illegally, added the press release. As a result, the streets were inundated. However, the KWSB staff reached the installation and turned off the valve to ensure smooth supply to all areas.