Plot to kill Khawaj­a Sharif virtua­lly a storm in a tea cup as FIA could not obtain a shred of eviden­ce during probe.
By Rauf Klasra
Published: November 8, 2010
Tweet Email 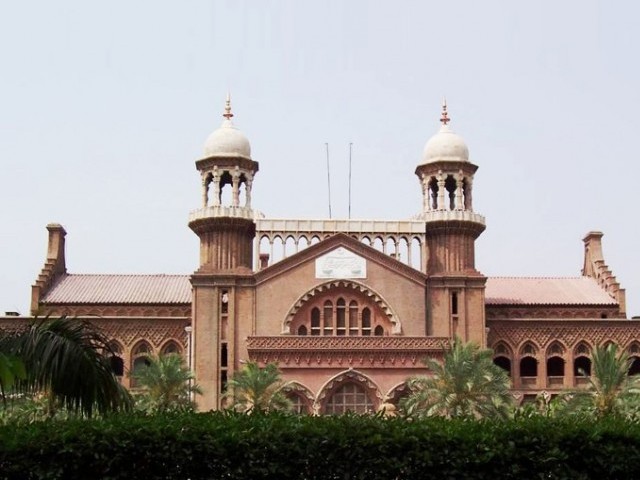 ISLAMABAD: Not a single shred of evidence nor any credible statement by key witnesses could be obtained by the Federal Investigation Agency (FIA) inquiry team which was probing an intelligence report which warned of a possible attack on the Chief Justice of the Lahore High Court, Khwaja Muhammad Sharif. In a 449-page fact-finding report authored by Director FIA Zafar Qureshi, it was disclosed that the earlier intelligence report on the subject was “unverifiable.” The FIA inquiry report was submitted to the PM House and the Supreme Court on November 2 duly signed by Qureshi, who had earlier been assigned by the government and the SC to conduct the investigations. After going through the full contents of the FIA fact-finding report, in which 41 officers and others were interviewed, it becomes crystal clear that the alleged plot to kill Khawaja Sharif was virtually a storm in a tea cup.

The author of the report, FIA Director Zafar Ahmad Qureshi hit headlines again last week when he was posted out of the FIA for refusing to fall in line despite the federal government’s pressure on him to let a few influential persons involved in a Rs1.4 billion land purchase scam in the National Insurance Corporation, off the hook.

Chief Justice Iftikhar Muhammad Chaudhary too had expressed his confidence  in Zafar Ahmed Qureshi keeping his reputation in view.

It may be recalled that on September 11, a report was published in The News that the Special Branch had unfolded a plot to kill the Chief Justice of the Lahore High Court.  Amidst the ensuing hue and cry, an inquiry was ordered on the allegation carried in the newspaper report that three key government officials were behind the plot.

FIA Director Zafar Qureshi said in his report that the FIA inquiry team could not find a single shred of evidence into the alleged plot to kill the Chief Justice of the Lahore High Court. Key witnesses related to this intelligence report refused to record their statements despite several requests. Special branch officials also kept changing their statements, thus raising serious doubts about the authenticity of the intelligence report reportedly issued by the Punjab Police’s Special Branch.

The newspaper report had identified a special cell created in the Punjab Governor House by the plotters who allegedly had hired killers who were likely to make an attempt on life of CJLHC on his visit to his ancestral house. But even the origin of the Special Branch report now seems in doubt.

The FIA said that no verifiable official record, proof of dispatch of the alleged report by the office of the Additional IG Special Branch has been made available thus there could be no scrutiny by the inquiry committee. However, the CM Secretariat has verified receipt of the said report through official correspondence. Thus, it is yet to be ascertained as to whether the intelligence report is an official document of the special branch Punjab or otherwise. The mere fact that such a report was received by CM secretariat does not confirm its official status. The CM secretariat has not provided any documented evidence to-date in support of their claim that the same report was received from the office of the Additional Inspector Special Branch.

The FIA report said it did not find any clue about the involvement of the alleged four proclaimed offenders, arrested by the Punjab police on charges of plotting to kill the CJ LHC.

An interesting and somewhat misleading revelation is the contradiction of facts in the first statement given by then Additional IG of the Special Branch, Retired Colonel Ihsan Rehman. In his initial statement on the eve of September 15, he strongly and unequivocally denied knowledge or generation, existence or issuance of any such report either by him or by his subordinate staff.

However, in a supplementary statement only a few days later on September 20, he admitted having knowledge of such a report claiming that it was drafted by Shahid Mehmood, Director (R&A) Special Branch on the basis of information received from the intelligence section.

Rehman then tried to clarify the anomaly in his statement by stating that his initial statement pertained to a signed document.  The report observed that this variation in his statement raises serious questions on why the existence of a report on a critically sensitive subject was initially denied.

The FIA inquiry report said the confusion created by two conflicting statements of Colonel Ihsan was further complicated by the statement of two officers who were mentioned by Ihsan in his supplementary statement with regard to their role in generation of the said report.

Shahid Mahmood, Director (R&A) Special branch and Sub Inspector Shakeel Hassan, were named as vital to the generation of the report.

But Shahid Mahmood, in his initial statement denied of any knowledge of the said report. However, in a supplementary statement one week after his first statement, he recalled a hand-written piece of paper provided to him by the Ihsan, which he converted into a typed document and handed it back.

Shakeel Hassan, Sub Inspector  Incharge of the Intelligence Cell of the Special Branch said he was asked by Ihsan, then additional AIG, to inquire whether two individuals namely Babar Sindhi and Rana Pomi were criminals or not. That is all he recalled with reference to the matter under inquiry. He solemnly swore to have not provided any information to Shahid Mahmod or the provision of any such information by his intelligence cell pertaining to these persons or the generation of the report under question or any other meeting conducted in this connection. He also denied having knowledge as to who, other than Special Branch, could have generated such a report.

The inquiry report said, notwithstanding the fact that the source of the report could not be identified, the committee strived to verify its contents owing to the sensitivity of the matter. The newspaper report had alleged that the source has disclosed that Governor Punjab Salman Taseer and a federal minister were jointly working on a plan to eliminate the LHC CJ  and had tasked Dr Fakhrudin Chaudhary, secretary information PPP Punjab and Babar Sindhu to forge a gang of criminals in Lahore.

The fact finding report commented that this and other similar allegations regarding involvement in the said assassination plot were incorrect as no substantive evidence on the matter could be found.

The report said another allegation was levelled against one Riaz  that three of criminals used to take refuge in his house. But, the inquiry report said that now a report by the SP CIA suggested that Riaz could not possibly do what was alleged. Allegations were also directed against police officials pertaining to official patronage to criminals and alleged bribery for illegal release. However, the fact finding report said that no credible evidence was found in this regard.

The inquiry committee report says that the intelligence report, notwithstanding its questionable status, carried enough substance to warrant prompt action by both the Special Branch Punjab and CM secretariat. But the inquiry said that an unwarranted delay on the part of officials to bring a “matter of grave importance” promptly to the CM’s notice could have borne drastic consequences. It said a matter of such immediate nature should have been brought to the notice of high officials without any delay, which was not the case.

“The inquiry committee could not build on authenticity of the intelligence report on a very critical matter pertaining to the higher judiciary. This, in the absence of both a reliable source and credible evidence made available to date, the inquiry committee is constrained to prima facie consider the alleged report titled ‘Plot to Target and Eliminate a High Value Personality’ as un verifiable document,” the 449 page reported concludes.