Legend­ary Pakist­ani poet’s Before You Came makes it to the list put togeth­er as part of the Festiv­al of Love.
By News Desk / Creative: Ayesha Shaikh
Published: July 4, 2014
Tweet Email 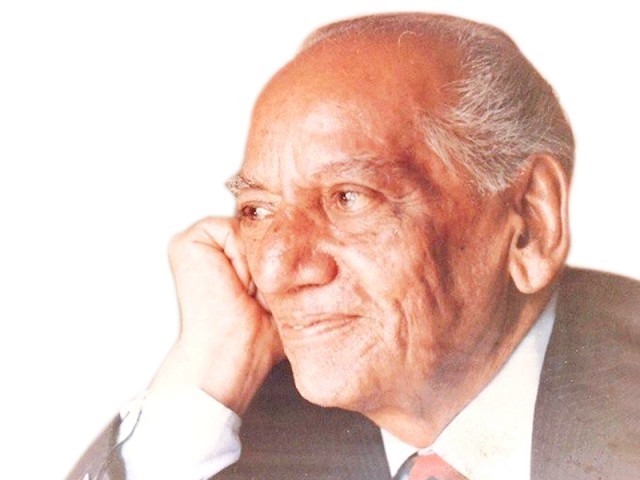 Legendary Pakistani poet’s Before You Came makes it to the list put together as part of the Festival of Love.

William Shakespeare and Romantic poets Percy Bysshe Shelley and Lord Byron are among those who have long reigned over the throne of romantic poetry.

But while their works are classics, the poetic expression of love, like all else, seems to have evolved over the course of time. To celebrate revitalised, non-formulaic romantic poetry, a new list of the 50 greatest love poems has been compiled poetry specialists at the Southbank Centre, London. And making it to the list is Pakistani poet Faiz Ahmed Faiz’s Before You Came (Tum Jo Naa aa’e  The), reported The Guardian.

From unrequited to conquered love, Faiz’s works are glorified the world over, the list being a testament to this. Faiz’s Before You Came is an account of how life was before he met his lover and how with his lover’s advent, “roses burst into flame.” “aur ab shiishaah-e-maii, raahguzar, rang-e-falak/rang hai dil ka mere, ‘khoon-e-jigar hone tak’/champaa’i rang kabhi, raahat-e-deedar ka rang/sur’ma’ii rang kabhi, saa’at-e-bezaar ka rang.” The list focuses on non-traditional works written over the last 50 years. This celebration is part of the Festival of Love and biennial Poetry International festival, initiated by Ted Hughes in 1967. The selected poets come from 30 countries including St Lucia and Iraqi Kurdistan.

The poems range from those by American poet Maya Angelou to India’s Vikram Seth. Angelou was chosen for her lyrical plea titled Come, and Be My Baby, in which she writes, “you sit wondering/What you’re gonna do./I got it./Come. And be my baby.” With the verses, “Know that you aren’t alone/The whole world shares your tears,” Seth’s sombre All You Who Sleep Tonight, is also part of the list. A few well-known British poets such as the late Adrian Mitchell with his poem Celia, Celia, have also made it to the list.

The poetry team at the Southbank Centre had been working on the list for the last year, utilising the expertise of its Saison Poetry Library. Head of literature and spoken word James Runcie has described the list as “a truly international and stylistically diverse selection of what we see as the best 50 love poems of the past 50 years – from young poets such as the first Young Poet Laureate for London, Warsan Shire, to world greats such as Chinua Achebe.” He added, “It was tough restricting ourselves to just 50 poems, but I think we’ve come up with a wonderfully rich and varied offering of some of the world’s greatest love poems.”

The poems will be recited on July 20 at what is being described as an “unprecedented event” by the Southbank Centre. 50 individuals, ranging from actors to poets, will come together to read out one poem each. Interestingly, Celia Hewitt, who is the subject of Mitchell’s Celia, Celia, will recite the poem she inspired. The readings will take place in Arabic, Turkish, among other languages, with English translations. 10 Of The Poems That Have Made It To The List Of 50 Greatest Love Poems:

Lawrence Bradby (England) — If Your Faith in Me Should Fail