Expert­s say the secret is India's abilit­y to copy and adapt existi­ng space techno­logy for its own needs.
By AFP
Published: June 30, 2014
Tweet Email 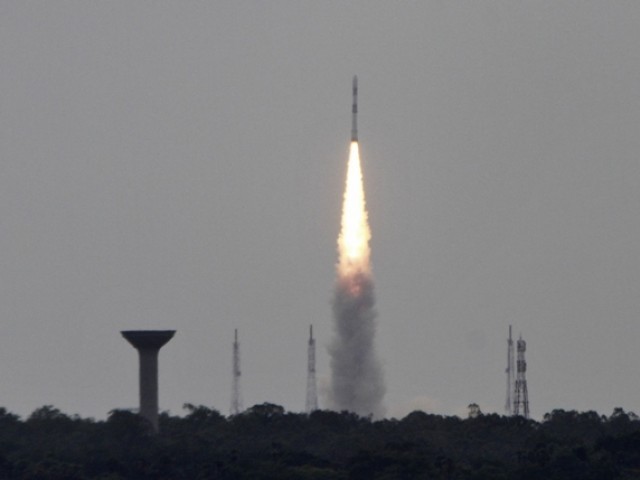 “India has the potential to be the launch service provider of the world and must work towards this goal,” Modi said from the site, one month after coming to power at the head of a right-wing government.

Satellite launch industry revenues totalled $2.2 billion in 2012, according to the US Satellite Industry Association, and India is keen to expand its modest share of this market as a low-cost provider.

“I have heard about the film Gravity. I am told the cost of sending an Indian rocket to space is less than the money invested in making the Hollywood movie,” Modi added.

The budget of the British-American 3D sci-fi thriller, starring Sandra Bullock and George Clooney, was about $100 million, according to industry website IMDb.

Last year, India launched a bid to become the first Asian nation to reach Mars with a mission whose price tag was the envy of space programmes world-wide.

The total cost at INR 4.5 billion ($73 million) was less than a sixth of the $455 million earmarked for a Mars probe launched shortly afterwards by US space agency NASA.

Experts say the secret is India’s ability to copy and adapt existing space technology for its own needs, and the abundance of highly-skilled engineers who earn a fraction of their foreign counterparts’ wages.

Modi said the country must be proud of its space programme, developed in the face of “great international pressure and hurdles”

Western sanctions on India after the nation staged a nuclear weapons test in 1974 gave a major thrust to the space programme because New Delhi needed to develop its own missile technology.