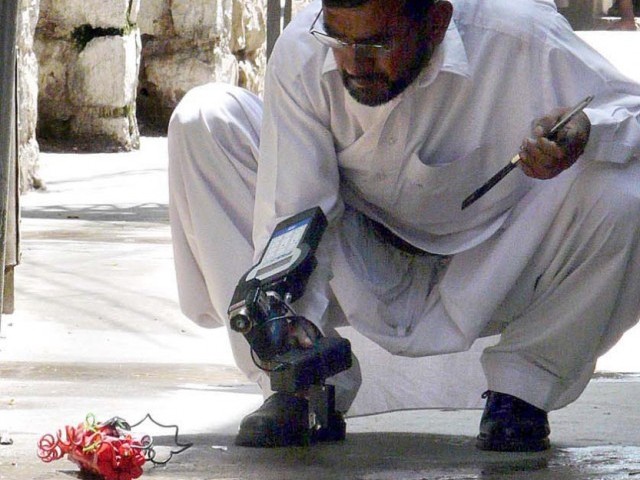 KARACHI: A bomb planted outside the house of an industrialist was successfully defused by the bomb disposal squad (BDS) on Saturday night.

Police were alerted to the incident when unidentified militants, after planting the bomb outside the house of the towel factory owner, fired several warning shots before they fled from the crime scene.

On hearing the gunshots, the inhabitants of the house and neighbours came outside and found a suspicious object placed outside the factory owner’s residence. The house is located near Frontier Colony Morr, Orangi Town, within the limits of Mominabad police station.

The residents immediately called the police who rushed to the site and cordoned off area until the BDS experts arrived. According to a BDS official, the device contained three kilogrammes of explosive material and was concealed in a flowerpot. “The improvised explosive device (IED) was connected to a cell phone,” said the BDS official. The experts later managed to defuse the bomb.

Police officials said that the house that was targeted belongs to Aman, who owns a towel factory in SITE area. The official added that the attack was likely carried out by militants over refusal to pay extortion money.

Duty officer Ghulam Mustafa said that the complainant had not approached the police regarding any extortion threats and was not willing to register an FIR against the attack.