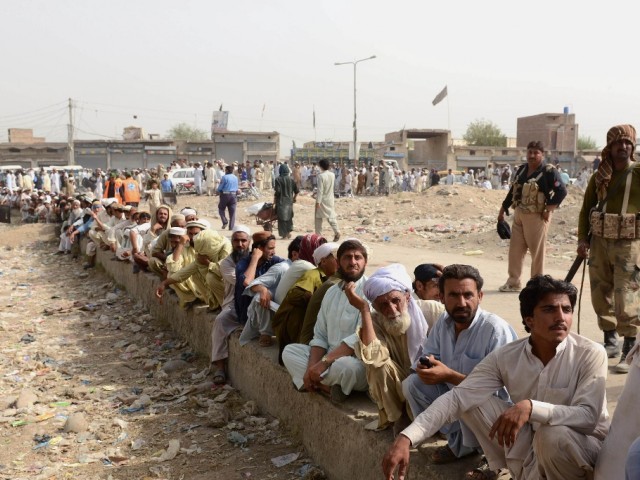 The United Nations World Food Programme (WFP) plans to conduct a Nutrition Assessment to gauge the nutritional status of women and children displaced by the military operation.

Speaking to The Express Tribune, Lola Castro, Pakistan Country Director for WFP, said that the Department of Health has registered twenty facilities in areas with the largest number of IDPs. The training of the facility staff will begin next week.  “We are working closely with the national and provincial authorities and civil society to provide food to all displaced people in the shortest possible time,” Castro said.

Moreover, the Benazir Income Support Programme will conduct the Poverty Scorecard Survey.  The survey will determine beneficiaries who will be eligible for all BISP benefits.

Meanwhile, the government has announced an additional contribution of 25,000 metric tons of wheat to WFP to provide food rations to the IDPs. After this contribution, WFP can continue providing relief until early September.