Employ­ees of the munici­pal corpor­ation have not been paid their salari­es in over 15 months.
By Sarfaraz Memon
Published: June 26, 2014
Tweet Email 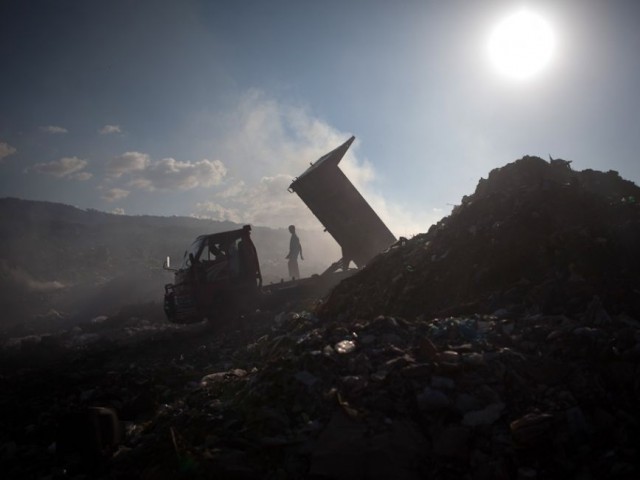 The main reasons for the crisis are the political recruitments and postings of corrupt officers, claims an official. PHOTO: AFP/FILE

SUKKUR: The Sukkur Municipal Corporation (SMC) seems to sink further into a financial dilemma with each passing day. Employees have gone without salaries for over 15 months while those who have retired from service during this period too have yet to receive their arrears.

The SMC has been embroiled in this crisis since a long time but the officials at the helm of affairs have kept recruiting more staff, adding to the financial burden. The main reasons for the crisis are the political recruitments and postings of corrupt officers, claims an official.

On the other hand, more than 500 sanitary workers were transferred to the North Sindh Urban Services Corporation after it was established in January 2011. They too have been waiting for their salaries for the last many months. A majority of these employees are political recruitments who give part of their salaries to the sanitary workers to do the work on their behalf.

SMC labour union general secretary Mohammad Asif told The Express Tribune that the employees have been waiting for their salaries since the last fifteen months, despite the chief minister’s promises. He said that Sukkur’s deputy commissioner had promised to disburse a month’s salary within one week, but nothing had been done so far.

A former SMC employee, Perwaiz Rajput, who retired from the post of Katchi Abadis deputy director in March 2014, is still waiting for 10 months’ salary, gratuity, one year encashment and pension funds. “I have given 41 years to the SMC and this is what they have given me in return,” he lamented.

Another former SMC official, speaking on the condition of anonymity, suggested that the SMC was quite sound financially up until 2007. After that, hundreds of people were recruited on political basis without approval from the relevant authorities. The officer went on to allege that these politically recruited employees were working at the residences of influential politicians while drawing their salaries from the SMC.

For his part, the Sukkur deputy commissioner Shahzad Tahir Thaheem, who is looking after the matters of the SMC and the NSUSC, believes that large scale recruitments are primarily responsible for the current condition of the SMC. He was, however, hopeful that the situation will improve after July 2014.

As a result of this crisis, Sukkur wears the look of an oversized garbage dump. With most of the SMC workers on strike, there is little being done to remove the garbage or stop the flow of sewage water that stinks up the roads and narrow streets. Pedestrians are hard-pressed to walk on the streets without getting their clothes soaked in the sewage water.

The chief minister, during his visit to Sukkur, had promised to resolve the SMC’s financial crisis but his promises have remained unfulfilled thus far.