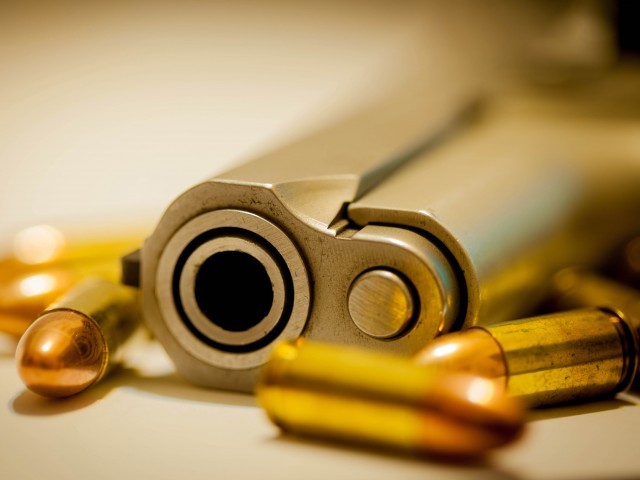 The policemen, who were on motorcycles in the area, were fired at by unknown attackers. PHOTO: FILE

KARACHI: Three policemen were killed and one other was injured in a firing incident in Manghopir, Mianwali Colony in Karachi, within the limits of the Pirabad police station on Tuesday.

A passerby was also injured in the attack.

The police personnel on their motorcycles were patrolling in the area – notorious for the presence of the Taliban – when armed militants targeted them.

A couple of days back, Rangers and police had killed five militants during a grand operation in Manghopir’s Sultanabad area, and had recovered four abducted industrialists and traders.

Police officials said that the shooting today was apparently the reaction of the killings of the militants.

An extra contingent of law enforcers reached the area and cordoned off the entire locality. Rangers were also called into the area to conduct a search operation.

The bodies and injured were immediately moved to Abbasi Shaheed Hospital.

Additional IG Karachi Ghulam Qadir Thebo said that the militants carried out today’s attacks on the police to avenge their comrades’ killings by law enforcers.

“Our actions against militants will continue until the elimination of terrorists and terrorism in a city,” he said. He also announced Rs2 million for each deceased cop’s family.

The deceased policemen were identified as Soomar, 38, Ghulam Ali, 40, and Munawar, 43.

Governor Sindh Dr Ishratul Ibad Khan took notice of the killings of the policemen,  and asked Sindh IGP Iqbal Mehmood to submit a report regarding the killings within 24 hours.