The bomb, weighi­ng 4kgs, was plante­d under the seat of the careta­ker of the shrine.
By Our Correspondent
Published: June 21, 2014
Tweet Email 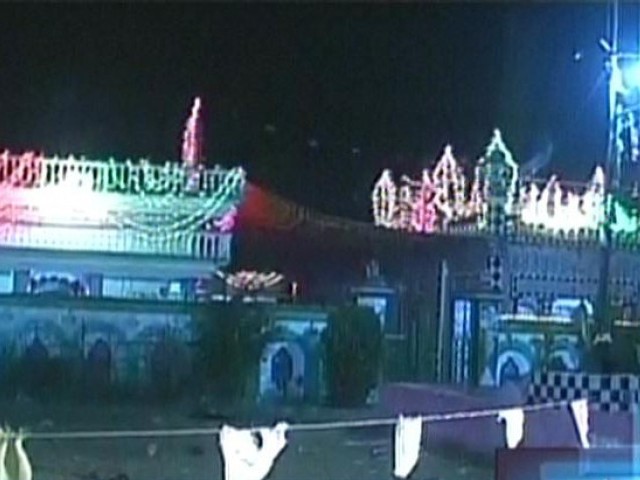 Over 200 devotees were at the shrine when the bomb went off. PHOTO: EXPRESS

ISLAMABAD: A low-intensity bomb ripped through a shrine on the outskirts of the federal capital Friday night, leaving dozens of devotees injured.

According to the police, the explosion took place at Banga Sarkar shrine in the Pindorian area, 20km east of Islamabad. The bomb, weighing 4kgs, was planted under the seat of the caretaker of the shrine.

Of the injured, 35 were shifted to PIMS and 9 to the Polyclinic Hospital, where a state of emergency has been declared. Seven of the injured are said to be in a critical condition. Over 200 devotees were at the shrine when the bomb went off.

PM urges critics to be patient