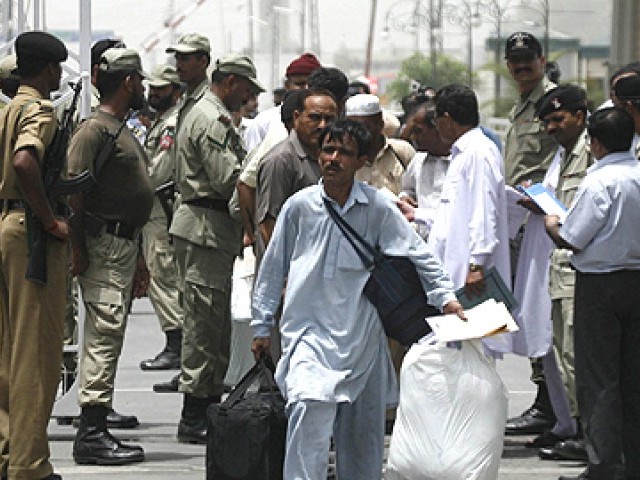 India has released 932 Pakistani prisoners and 7000 are still under detention. PHOTO:REUTERS

Speaking during a weekly briefing at the Foreign Office, Basit said that the United Arab Emirates had released 8 prisoners, Afghanistan 66, Greece released 66 and Yemen 20 Pakistani prisoners.

He said that under extradition treaties, 8 prisoners would also be released by Thailand and 20 by Sri Lanka, and that efforts were underway to secure the release of more prisoners charged with minor crimes.

Answering a question about the return of illegal Pakistani migrants from the United Kingdom, he said that Pakistan has an agreement with the UK under which only 120 Pakistanis can be deported in a month.

India had previously released over 25 prisoners including five fishermen to Pakistan on September 13, in response to Pakistan releasing 442 Indian fishermen in August.

US imposes sanctions on LeT and JeM