Govt will exerci­se discre­tionar­y powers to provid­e resour­ces as no alloca­tion was made for Zarb-e-Azb in budget: Dar
By Azam Khan
Published: June 18, 2014
Tweet Email 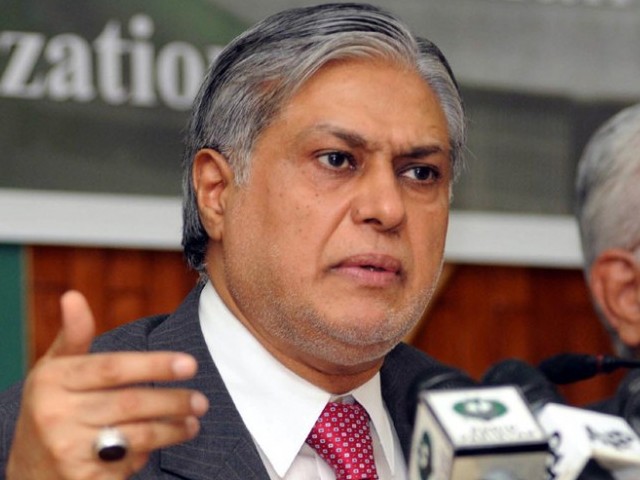 The federal government announced on Tuesday that it has earmarked Rs500 million for the needs of persons displaced by the ongoing military operation in North Waziristan Agency.

Winding up general debate on the budget that continued on the ninth-day, Finance Minister Ishaq Dar told the National Assembly that although no allocation was made in the budget for the military operation, the government would exercise its discretionary powers to provide the resources.

He was responding to the opposition’s criticism that the said budget had become irrelevant even before its passage by parliament as the emerging needs would disturb the overall fiscal framework.

Dar told the house that out of 133 recommendations of the upper house, 57 had been accepted by the government. Quoting Prime Minister Nawaz Sharif, Dar said operation would be continued until its logical conclusion.

Expressing concerns over the military operation, Fazl further said parliament was helpless before military establishment and the army had taken a decision while parliament had given mere approval for it.

“We too are not in favour of Talibanisation, militancy and terrorism in the country but we differ on what methods should be used to achieve this objective,” he added.

The JUI-F chief asked how one could convince extremists that democracy was the best option if the Constitution and democratic norms were not respected by state institutions.

“I wonder why dozens of parliamentary resolutions regarding restoration of peace through talks were not honoured,” Fazl asked.

He said that the use of force did not work in the past.

”The Swat operation was launched to eliminate terrorists but we are still fighting with the terrorists headed by the same notorious chief of Tehreek-e-Taliban Pakistan (TTP) Maulana Fazlullah, who fled from Swat and took refuge in Afghanistan.”

He said it was time to determine whether this operation was against terrorists or people of Waziristan. “I know I will be penalised for my independent opinion but I want to record my protest on the pages of history,” he asserted.

Pakistan Peoples Party (PPP) MNA Fehmida Mirza said that during her tenure as National Assembly speaker, the Swat military operation was debated in the parliament and then the PPP government took ownership of the operation.

“But in this military operation, parliament was not taken on board due to which political ownership remained an oblivious task,” she added.

The joint opposition also staged a token walk out from the house over the killings of Pakistan Awami Tehreek (PAT) workers in a clash with police in the Lahore. Opposition Leader Syed Khursheed Shah said it was a conspiracy against democracy, which, he said, was allegedly hatched by Punjab Chief Minister Shahbaz Sharif.

Citing circumstances of the Lahore incident, Planning and Development Minister Ahsan Iqbal said findings of the inquiry would be shared with parliament soon.