Many children who have been ‘successfully’ vaccinated first faint and then become unwell; some have even died. 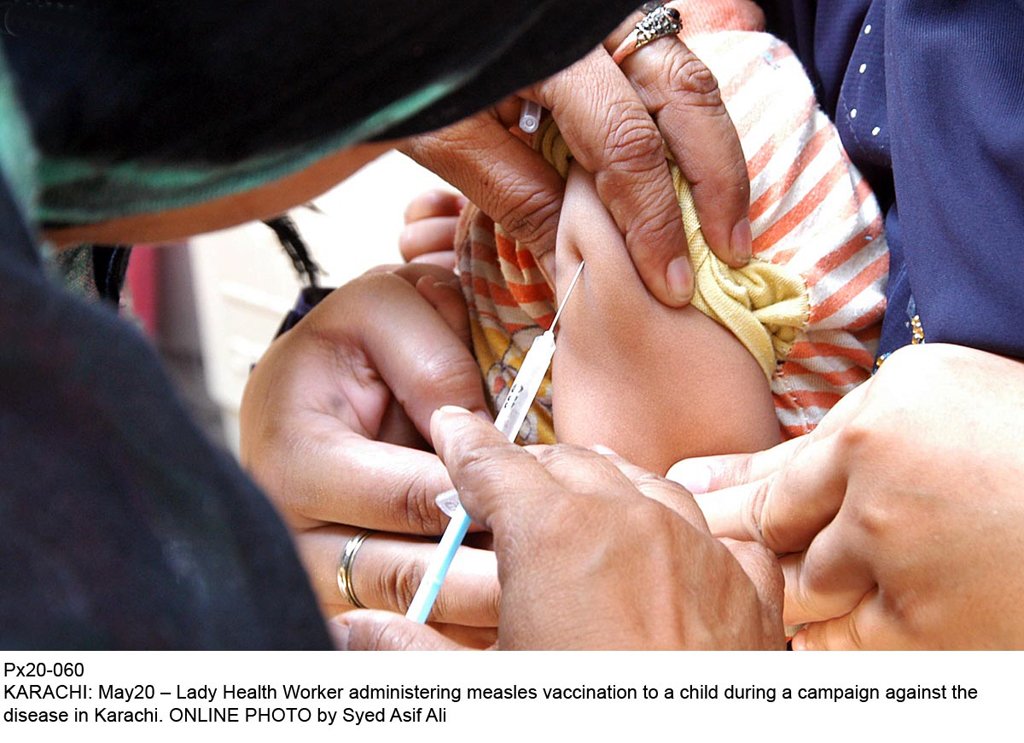 Many children who have been ‘successfully’ vaccinated first faint and then become unwell; some have even died. PHOTO: ONLINE/FILE
ISLAMABAD/ PESHAWAR/SHABQADAR:

“If I knew that we would be pleading for my child’s life, I would have never immunised him,” said Mian Said whose two-year-old son, Umer,has been at the Lady Reading Hospital (LRH) for the last two weeks along with dozens of other children affected by measles.


LRH has seen a surge in cases of Adverse Effect Following Immunisation (AEFI) across Peshawar, while many more have been reported in all of Khyber-Pakhtunkhwa. Many children who have been ‘successfully’ vaccinated first faint and then become unwell. Some have even died.

“My son fainted immediately after getting vaccinated,” said Said. “The lady health workers left the house after seeing my child’s condition worsening. They did not even provide any emergency treatment.”

He has never immunised his children in the past. Now he vows to never do it in the future.

During the measles campaign, three children – Hilal, Rida and Abdul Samad –died reportedly due to the vaccination. In Charsadda, three children named Mazhar, Sabeen and Faizan, also died similarly. And the parents blame the vaccine.

In Shabqadar, a tehsil in Charsadda, 13 schools have refused vaccination from staff conducting the drive. “One of our team was asked to leave by residents. When the team tried to convince them, they forced us out, some even beat us with sticks,” Shaukat Khan, head of the measles vaccination staff at Tehsil Headquarters Hospital, Shabqadar.

Another female staffer, Nazia, said the panic about measles vaccination has caused parents to refuse all inoculation, including hepatitis, tetanus, pneumonia and tuberculosis.

However, the EPI control room confirms the deaths but maintains that children have not died because of the vaccination.

Talking to The Express Tribune, EPI National Manager Dr Ejaz Khan said that all the measles vaccines are WHO pre-qualified. “There is no point in questioning the quality of the vaccine as none of the deaths were caused by it.”

He said that the federal EPI is waiting to get the report from Khyber-Pakhtunkhwa about the child deaths. “However, the initial findings of the report reveal that the deaths were caused due to human error,” maintained Dr Ejaz. “The news about the vaccine being the cause of death is inaccurate.”

The vaccines used in the measles campaign were manufactured in India. “This is not the first time that such vaccines have been purchased from India. With Unicef and the WHO’s advice, the federal government purchases the vaccines,” K-P Minister for Health Shahram Khan Tarakai said during a news conference.

Nevertheless, health officials believe that there could be three reasons of AEFI. “Improper storage, its low quality and unskilled technicians,” said an official. “But people should not blame vaccines until the committee constituted to probe the matter presents its report.”

Describing the “human error”, Dr Tabish Hazir, head of the department of pediatrics at Pakistan Institute of Medical Sciences explained, “Measles vaccine should only be injected by a trained vaccinator, as even a slight mistake can cause death.” The vaccine is being administered through the subcutaneous route preferably into the outer aspect of the upper arm. Dr Hazir said this vaccine is given as an injection under the skin. But even if the injection is properly administered, there are slight chances of children getting a mild fever, developing a rash or feeling nauseous.


Dr Hazir claims that the reason behind the children falling unconscious during the vaccination happened because of the fear of getting injected. They faint during, not after, he clarified. 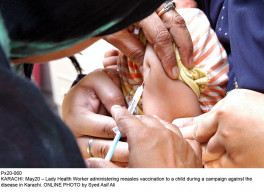 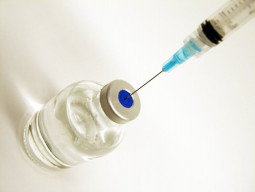 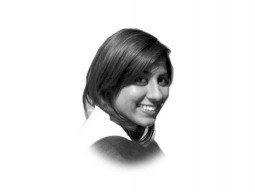 because one cares | 6 years ago | Reply

What a lot of rubbish and what a coverup 1. This vaccine comes from punne india costs 25 rupees for 20 doses ie 1.50 per dose. 2. The company is under investigation for financial corruption in india 3. there are reports of similar instances with this vaccine in india 4. the cases have been reported sporadically in different districts which means that technique errors and storage problems are not the cause 5. the route of administration ie intramuscular vs subcutaneous route does not have this serious consequence and will definately lead to death 6. has the batch of vaccine been identified or recalled from the rest of the country 7. measles vaccine induced reactions are well known and generally effect the brain leading to death ......have we done mri on these patients The vaccine induced reactions are far too many than what is being reported THE PROBLEM IS DEFINATELY WITH THE VACCINE BATCH. IT IS A LOW QUALITY CHEAPLY PROCURED VACCINE .PLEASE WITHDRAW THE BATCH one who knows

How many deaths does it take til people wake up to the dangers of vaccines? Even the doctors are saying, “Measles vaccine should only be injected by a trained vaccinator, as even a slight mistake can cause death.”.

THEY ARE TELLING YOU THIS STUFF IS DEADLY. Why don't you actually listen instead of making excuses? A simple vitamin A supplementation at the onset of symptoms has been shown in peer reviewed research to vastly reduce mortality rates and serious complications. In fact, mortality rates in the US had already dropped to near zero BEFORE any vaccine program was put in place. Just because the WHO has "pre-qualified" something doesn't mean that they are correct.

Usually I refrain myself from posting a comment but on this incident I would like to share my findings. My brother in law is a doctor. He is an employee of KPK Government working in district Abbottabad. He was supervising the measles & polio vaccination program in his area. He told me that health worker/ technicians are assigned to vaccinate the children but due to lack of knowledge and carelessness some of them are vaccinating them wrongly. The vaccines should be given by deep subcutaneous injection but they are injecting the vaccine as intramuscular. Children go into shock and eventually die due to wrong injecting method. Vaccine itself has nothing to do with their deaths: It’s not contaminated.

All these vaccination programs comes under direct supervision of doctors. All responsible individuals must be punished regardless of ranks & affiliations.

The number is almost identical to what is allotted this year for the upkeep of PM house.

@Mobin, PTI Government has already severely punished the careless staff. FYI, 90 lacs children have been immunized while complications are only a few (however regrettable and action has been taken).

PTI govt is much better than ANY govt in Pakistan past or present. It has de-politicized police, curbed corruption, made services accessible to citizens. Don't talk without knowledge please.

The PTI Government has failed miserably in even delivering those health services that were already being provided, let alone introduce new ones. Yet all their focus is on importing revolution from Canada. IK and the gang really need to reassess their politics and priorities.

Something very seriously wrong. So many deaths due to vaccination do not happen even in African countries. I do not think that this would be due to the quality of vaccines supplied by India as all children in India are routinely vaccinated and I have not heard of such deaths in India. India also supplies vaccines to many other countries. Health authorities in Pakistan should probe it thoroughly.

Please buy vaccines from India. They are the best.

My goodness! Another national headache and medical disaster leading to a propaganda victory for the TTP. remember the 'golden word, ACCOUNTABILITY. Salams