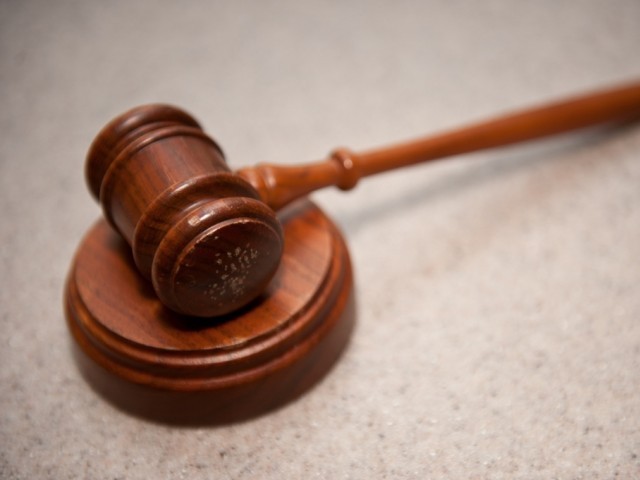 The government is planning to improve available infrastructure for judicial officers, build capacity of relevant stakeholders of the legal system and conduct research and development. PHOTO: FILE

In order to ensure access to affordable, timely and equitable justice in Khyber-Pakhtunkhwa (K-P), the government has allocated Rs1.05 billion for 33 projects related to the judiciary of which 20 are ongoing and 13 new in the 2014-15 budget.

The government is planning to improve available infrastructure for judicial officers, build capacity of relevant stakeholders of the legal system and conduct research and development. Currently, there are 20 ongoing projects with an allocation of Rs765.723 million while the new ones have been allocated Rs284.277 million.

“The new projects include establishment of mobile courts in the province, feasibility study and master planning for construction of model anti-terrorism courts and construction of a judicial complex in Mardan,” the budget document reads.

It further states that the government will establish a Darul Qaza at Thames Hotel, Swat as well as a K-P Bar Council Building in Peshawar. Similarly, the government is planning to establish judicial complexes in DI Khan, Lower Dir, Abbottabad, Hangu and Charsadda.

The provincial government will also establish a judicial academy in Regi Model Town for which work is under way. The government plans to set up a human rights directorate in Peshawar to safeguard basic rights of residents of the province.

There is currently one mobile court in the province which started functioning last year with financial assistance from United Nations Development Programme while the Peshawar High Court has sent two drafts to the government for approval of more which are yet to be presented in the assembly. The present green bus serving as the mobile court cost Rs15 million.

The government is planning to develop playgrounds throughout the province and Rs1,325 million has been allocated for a total of 44 projects related to sports of which 31 are ongoing and 13 new.

Some of the projects to be initiated in the 2014-15 fiscal year include construction of sports complexes in Charsadda and Swabi, an international standard multipurpose gymnasium in Abbottabad and a sports academy for the youth. Moreover, traditional tourist attractions such as the Broghal, Shandur, Kalash and Khanpur festivals have received funding.

The government has stressed on conservation, rehabilitation and enhancement of the environment along with driving sustainable development while mitigating environmental pollution.

Ten projects related to the environment have received an allocation of Rs57 million of which seven are ongoing.

The government plans to achieve several goals this year, including the establishment of an Environmental Protection Agency (EPA) in Peshawar and its three divisional offices in Mardan, Kohat and Bannu. During a hearing at the Peshawar High Court on June 12, K-P DG EPA Dr Muhammad Bashir had complained of staff shortage which hindered effective monitoring across the province. The court was hearing the case of the Chashma Sugar Mill incident in DI Khan last month wherein 10 people were killed after coming in contact with toxic fumes emitted from the mill. A climate change cell for multilateral environments is also proposed to be set up at the EPA.

Moreover, the government plans to establish a hazardous waste management system through a public-private partnership venture and to update the revised environmental profile of the province.