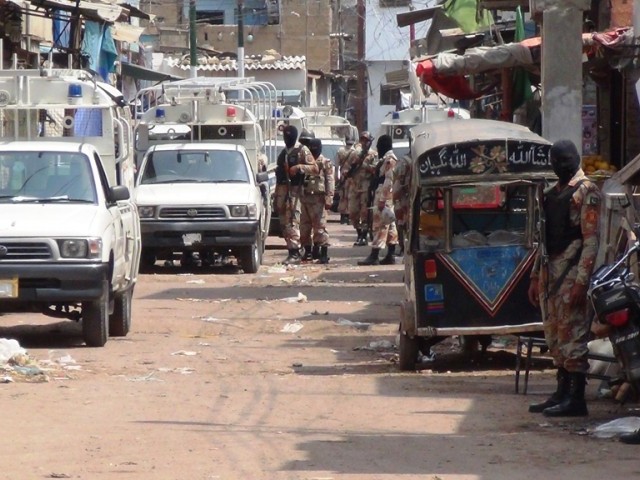 KARACHI: The Sindh home ministry issued the notification for formation of a committee that will address complaints regarding the Karachi operation, Express News reported on Friday.

After reviewing a particular complaint, the committee will present a report to Chief Minister Sindh Qaim Ali Shah within 30 days of receiving the complaint.

MQM expressed its satisfaction over the development, “It is our long awaited demand to form a committee regarding the extra judicial killings and missing of our workers during the Karachi operation,” MQM spokesperson told The Express Tribune. “It will a good news if really it happened.”

Karachi police’s spokesperson told The Express Tribune that a notification in this regard has been issued. “Everything will be discussed in a meeting to be held soon,” he said.

“Later in the meeting, a strategy will be discussed to deal with the complaints or resolve the reservations.”

Further, the spokesperson said constables and DIG rank officials could be questioned if the committee has been formed.

“The committee will also review cases of the extrajudicial killings and missing MQM workers,” he added.

The targeted operation started in Karachi after Prime Minister Nawaz Sharif visited the metropolitan in September last year in a bid to devise a strategy to curb violence. With the provincial government on board, the prime minister had given a go-ahead to the paramilitary force to conduct raids and arrest criminals with the help of the police. Subsequently, the operation began on September 7, 2013.

In the past, Muttahida Qaumi Movement (MQM) has claimed that the party was being targeted specifically and alienated in the Karachi operation.