RSS-BJP also believ­e in the Two-Nation Theory. That is why Jaswan­t Singh and LK Advani love Jinnah.
By Shivam Vij
Published: May 22, 2014
Tweet Email 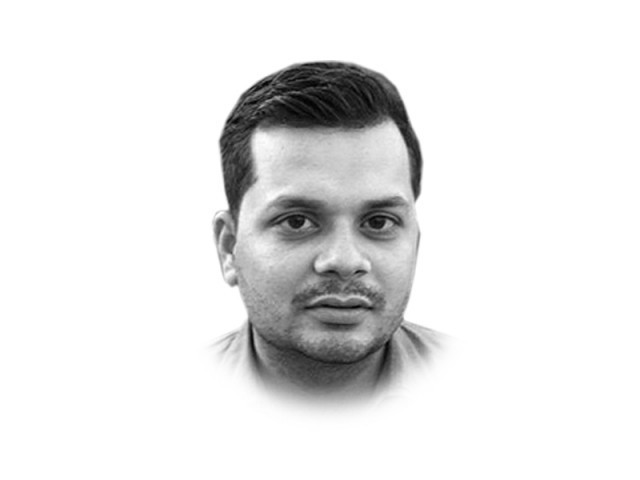 The writer is a journalist with Scroll.in in Delhi. He is a Multani from Lucknow who finds himself trapped in the Republic of South Delhi. He tweets @DilliDurAst

How good or bad the BJP’s first simple majority government will turn out to be for its religious minorities, particularly Christians and Muslims, will be keenly watched over the next five years. Yet, for now, Narendra Modi’s stunning victory is a symbolic blow to India’s 150 million-plus Muslims. Here is a man widely perceived by the Muslim community and many others as having deliberately turned away his attention from RSS-aligned mobs who were killing Muslims in Gujarat in 2002. The BJP doesn’t like to give tickets to Muslims, and so a BJP victory also means that the Lok Sabha has the lowest number of Muslim MPs — 22 — in decades. “A population has been made irrelevant. This is how Sikhs must have felt in 1984, when Rajiv Gandhi became prime minister,” a Muslim friend wrote on Facebook.

I thought that Pakistanis would share this despair. After all, Pakistanis often worry about the plight of Indian Muslims. After all, they are our neighbours and well-wishers and want peace and amity. Yet I saw that many Pakistanis were happy! The sentiment is best captured in the headline of the May 19 column by Asad Rahim Khan in these pages. “Modi elected, Jinnah vindicated”, it said.

The first thing that irritates the Indian in me about that is not the subject of the Two-Nation Theory. That is the third thing. The first thing is the schadenfreude. Just as there are those in India who feel happy when something bad happens in Pakistan — look at their democracy! Look at the freedom of the press! Look at their minority rights! Similar to that is how this Pakistani sense of joy over the ‘vindication’ of Jinnah sounds.

The Pakistani schadenfreude over the success of Hindu majoritarianism in India has several implications. It means, for one, that Pakistani nationalism’s self-interest is in contradiction with the self-interest of Indian Muslims. Every time an Indian Muslim gets killed in a riot, a Pakistani will say Jinnah vindicated. What is this game we have locked ourselves in; a game where only one of us can be happy?

The second thing that irritates me here is that it contradicts what Pakistanis usually say about India. Pakistanis say they are happy to have made another country, Pakistanis say they feel India hasn’t ‘accepted’ Pakistan. Pakistanis don’t like to hear the ‘we are the same people’ line from Indians. Not even when a Vajpayee visits the Minar-e-Pakistan and pays tribute to the Pakistani nation. A Partition refugee businessman in Delhi, seeing off his wife at the airport when she was taking a flight to Lahore, told his wife not to go around saying ‘we are the same people’ in Pakistan. They don’t like it, he said. When she returned from Pakistan she told her husband that while she never used the words, Pakistanis were saying it to her all the time!

So if Pakistanis are happy with the result of the Two-Nation Theory, why do they need a Modi victory for Jinnah to be vindicated? Does this also prove right the opposite — that all these years when the Congress and others kept the RSS out of power, it was Nehru and Gandhi who were being vindicated and Jinnah was not?

The third thing that irritates me about the Pakistani schadenfreude is, of course, the Two-Nation Theory itself. I am afraid that it puts into jeopardy the rights of 150 million Indian Muslims Pakistanis claim to worry about but actually don’t.

My question about the vindication of the Two-Nation Theory is this: how many times do people in Pakistan feel the need to be proven right? When the BJP first came to power, when there are any number of small and big Hindu-Muslim riots in India?

The fourth point that needs to be made here is that Jinnah’s Pakistan was supposed to not do to religious minorities what Jinnah feared Muslims would face in India. And yet we have at least 5,000 Pakistani Hindus asking for asylum even today. So who exactly has been vindicated? Who won? Who lost? How shall we calculate? Shall we do a religious census of the dead?

Lastly, the RSS-BJP also believe in the Two-Nation Theory. That is why Jaswant Singh and LK Advani love Jinnah. As you can see, the Two-Nation Theory has great support in India — among Hindus! Could there be a greater validation of Jinnah? In which case, let me congratulate Pakistan on Modi becoming India’s prime minister.

Dangers of ‘benchmarking the business of agriculture’