Daught­er of Noor Jehan, who was suffer­ing from kidney proble­ms and diabet­es, passed away .
By Sher Khan
Published: May 16, 2014
Tweet Email 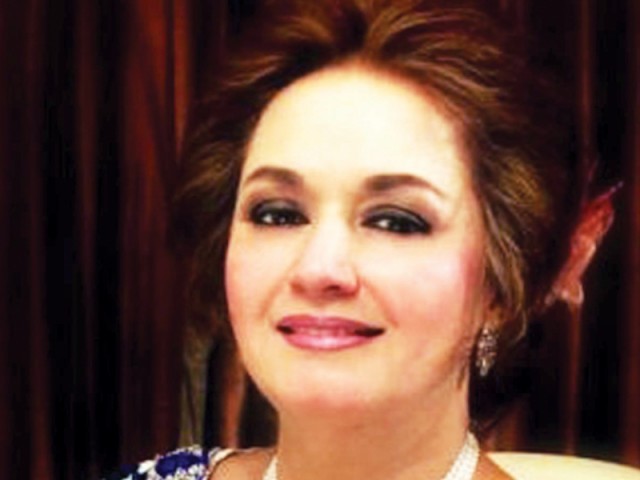 Zille Huma dies at the age of 70. PHOTO: FILE

Zille Huma, the third daughter of what was once Lollywood’s power couple, director Shaukat Hussain Rizvi and singer Madam Noor Jehan, passed away on May 15, 2014.

Zille Huma’s mother had been named the ‘Queen of Melody’ and she worked relentlessly to follow her mother’s legacy and establish herself as a notable singer. There is no denying that she received great acclaim as a live performer and someone who kept the classic ethos of her mother’s legacy alive.

The 70 year old, who passed away on Thursday, was experiencing considerable pain due to kidney problems and diabetes during her last few days. Her four sons Mohammad Ali Butt, Ahmed Ali Butt, Mustafa Ali Butt and Hamza Ali Butt were constantly by their mother’s side.

The singer was born in Lahore on February 21, 1944, and was a lot like her mother in terms of looks and voice. The Shah Noor household was quintessential Lollywood royalty; her father had been one of the most prolific producers and directors of his era.

Shaukat and Noor had taken the old Shorey studio and made it into what was once the prolific Shah Noor Studio. However, by 1955, the couple parted ways and Noor gave Shaukat stake in the studio in exchange for custody of her daughters including Zille Huma. “With time, when we join practical life and start raising our kids, we remember how our parents raised us. I think about the love and happiness with which I was raised,” said Zille Huma in an interview in 2008.

Zille Huma had grown up in an environment where music was all around her. However, her mother wasn’t too keen on providing her with formal training and urged her to focus on developing a practical life as a housewife.  She didn’t stay away from music for too long. In 1993, she started her career professionally after several years of formal training from her mother’s Ustad Ghulam Muhammed. Naturally, this increased the similarities in their styles of singing and the inevitable comparisons between the mother and daughter flowed in. Noor Jehan had stopped singing in the year her daughter started, however, she had the opportunity to see Zille Huma sing.

Dr Umar Adil, a close friend of Madam Noor Jehan and well-known television personality expressed his sorrow on Zille Huma’s demise and spoke about how she continued her mother’s legacy. “Even though Zille Huma could not come at par with her mother, she did what few children have been able to achieve. She continued with the same sort of love and charisma,” he said.

“She had the most beautiful personality, her concerts were a feast for the eyes and ears and she gained a  massive following for that,” he added.