A year of sub-sectarian massacre

A year of sub-sectarian massacre

Sipah-e-Sahaba has provid­ed human fodder to the cauldr­on of the region’s multi-layere­d violen­ce in the name of Islam.
By Editorial
Published: November 1, 2010
Tweet Email 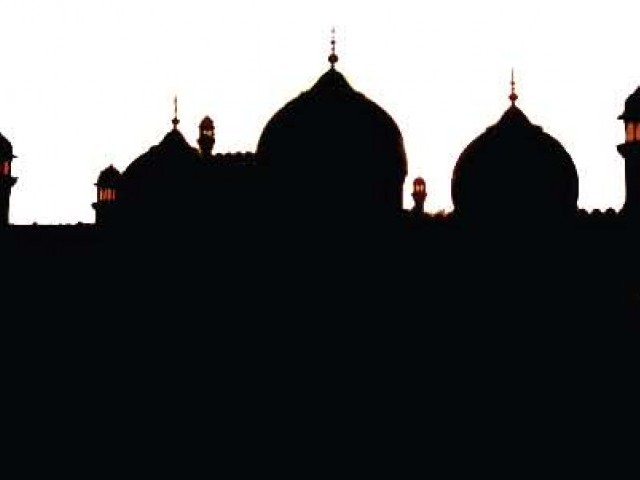 Deadlock over the possession of mosques persists between Deobandi and Barelvi groups.

On October 29, the Sunni Ittehad Council, led by Jamiat Ulema-e-Pakistan (JUP), staged a protest in Karachi and a dozen cities of Punjab against the destruction of tombs and shrines. This multi-city protest was triggered by the latest attack on the shrine of Baba Farid in Pakpattan in Punjab. The protest was ferocious because of earlier pent-up rage on the suicide bombing of Lahore’s Data Darbar shrine when Sunni-Barelvi religious parties united for the first time as a counterforce to the dominance of the Deobandis-Ahle Hadith, traditionally opposed to observances of devotion at the tombs.

October emerged as the most decisive month in so far as the response of the Barelvis graduated from passive protest to the actual creation of a counterforce to Deobandi Islam in South Punjab. The Ahle Sunnat gathering after the Data Darbar bombing in July looked dangerous when it threatened to take action on its own if the government did not move against the terrorists who had put holy shrines at risk. The backbone to this “counterforce” was provided by Sunni Tehrik from Karachi, the only Barelvi outfit in the country which can engage the madrassa-based and more organised Deobandis linked to the Taliban and al Qaeda. The Ahle Sunnat gathered under the flag of Sunni Ittehad Council and came to the notice of a national press more used to highlighting the Deobandis because of their presence in the state-organised jihad in Indian-administered Kashmir and Afghanistan.

Back in July, Barelvi leaders caused a minor political earthquake when they accused Punjab’s PML-N government of courting Sipah-e-Sahaba in South Punjab to safeguard its vote-bank from eroding in the face of the PPP. They demanded the dismissal of Punjab Law Minister Rana Sanaullah because of his much-publicised contacts with the Sipah, long declared a terrorist organisation — the ‘mother’ organisation that has provided human fodder to the cauldron of the region’s multi-layered violence in the name of Islam presided over by al Qaeda.

The shrines began to be attacked in 2005 when Islamabad’s Shia shrine, Bari Imam, was blown up by suicide bombers sent in from the violently sectarian madrassas of Kohat, using Lal Masjid as its place of muster. Since then, the shrines in Khyber-Pakhtunkhwa have been systematically attacked with the Taliban routinely owning up to the attacks. Karachi saw a sub-sectarian war between the Sipah-e-Sahaba and the Sunni Tehrik, reaching its climax in October when blasts at the great shrine of Abdullah Shah Ghazi shook the country into some awareness of what was happening. For the first time, the sub-sectarian killing in Karachi is not one-sided; hence the conclusion that a counterforce to the state-supported Deobandi Islam has come about. Had the government listened to the sermons all over Punjab – available on discs – it would have realised that the next massacre was going to be Deobandi-versus-Barelvi on the old issue of “mazar-parasti” (tomb-worship) which forms the fundamental devotional ritual of the more grassroots religion of the people of Pakistan.

In Jhang, where the Sipah-e-Sahaba was born, the prime target were the Shia but there was also a lateral argument with the Barelvis there because of the latter’s tolerance of and friendly interaction with the Shia. The Shia-Barelvi “union” – covert in the case of Shia action – came to the fore in Lahore when the Sunni Ittehad Council announced this month that it would stage a long march from Bari Imam in Islamabad to Data Darbar in Lahore. Pakistan’s relations with Iran nose-dived in the late 1990s because of the exclusive use of anti-Shia Deobandis in the war in Afghanistan where Shia Hazaras were to become their prime target. In Quetta, where the Hazaras have been sheltering from Afghanistan-based violence, sectarian attacks have become routine. This year too, the Hazaras were attacked, but the outreach of the terrorists included Lahore for the first time when Karbala Gamay Shah saw its devotees blown up by a suicide bomber. Sipah-e-Sahaba and its offshoots – the Jaish-e-Muhammad and Lashkar-e-Jhangvi – were once the strategic assets of the state of Pakistan (and if the “solution” in Afghanistan goes wrong for Islamabad in 2011 they could once again be.) But now these “assets” have linked up with al Qaeda and become its ancillary warriors, killing innocent Pakistani citizens and targeting the army to dissuade Pakistan from fighting the war against terrorism and persuading the scared commentator into saying “it is not Pakistan’s war”. The al Qaeda link appeared on the internet on the website of what al Qaeda called Brigade 313 in September 2010, consisting of al Qaeda, Harkatul-Jihad-al-Islami, Lashkar-e-Jhangvi, Jandullah (Karachi-based), Lashkar-e-Taiba, Jaish-e-Mohammed, and the Tehrik-e-Taliban. The leader of Brigade 313 is Ilyas Kashmiri, once Pakistan’s single-most important fighter in Kashmir and suspected of being from the army’s commando brigade, SSG (though this has been denied by ISPR). Anti-Shia violence was once traced by an intelligence report to Pakistan’s pursuit of covert jihad. Its use of non-state actors of a certain brand in proxy wars worked two ways: it created multiple centres of power within civil society which could challenge the “monopoly of violence” of the state; and it infected the “handlers” of the warring groups, sending the sectarian virus deep into the corridors of Pakistan’s establishment. The “denigration of the tomb” among the urban classes journeying away from traditional Sufi culture complicates the scene further, in a way preparing Pakistan for a Taliban state.

Al Qaeda went sectarian in 2003 when it sent its first batch of terrorists to Iraq to fight the Americans. Instead of focusing on the invaders, its commander, Abu Musab alZarqawi, took on the Shia majority of Iraq and its patron in the region, Iran. Today in Iraq, “Sunni reconciliation” has failed and the country is expected to tilt once again into sectarian war. This was presaged by the Yom al Quds killing of the Shia in Quetta this month. Typically, al Qaeda, planning to attack the Shia, is persuaded by “local conditions” to kill the Barelvis as well. Can Pakistan change? Darwin is often misquoted on the “survival of the fittest”. He actually said, “species don’t die because they are weak but because they are unable to change.”

Journalists are no exception