Bomb was found in the oil tanker termin­al, around 10 to 12 kilogr­ammes of explos­ive materi­al was used.
By Web Desk
Published: May 7, 2014
Tweet Email 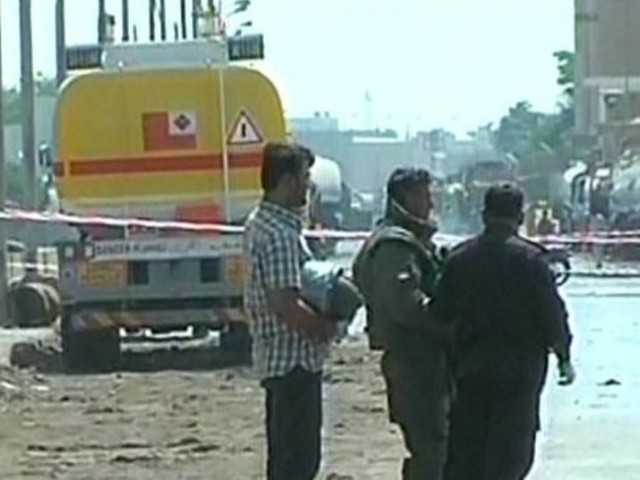 Express News screengrab of the site from where the bomb was found.

KARACHI: A bomb disposal squad defused a bomb found from the Kemari area of Karachi on Wednesday, Express News reported.

Around 10 to 12 kilogrammes of explosive material was used in the bomb.

Police and Rangers personnel reached the site and cordoned off the area.