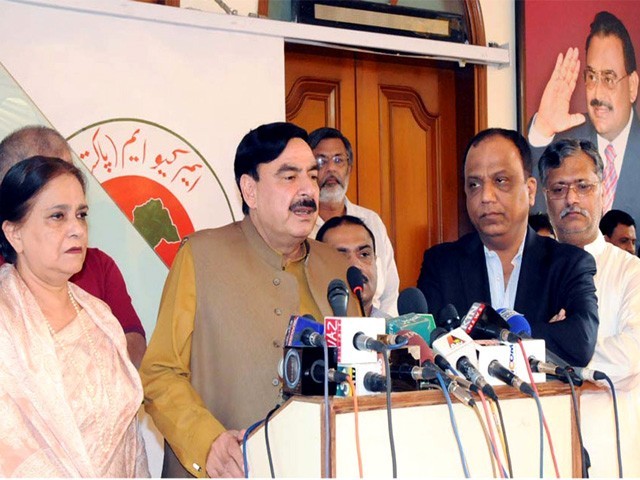 Speaking to the media while visiting MQM headquarters Nine-Zero on Friday, he said that the MQM was a reality because if and when the party leaves the ruling federal coalition, the PPP-led government would crumble. All politicians have options but the poor people of the country have no choices whatsoever, he said. “The poor man today cannot differentiate between life and death because the standards of living have immensely deteriorated.”

According to Sheikh Rasheed, Nawaz Sharif is mostly to be blamed for the county’s present situation as his party was not playing its role of an active and tough Opposition. Asif Zardari has played a very smart political game. “Zardari has called Nawaz Sharif over for dinner 11 times, but not given in to any of his demands.” He predicted that President Zardari would not file any reference against Deedar Shah – the NAB chairman whose legitimacy is being challenged in court.

“The MQM has been invited to join the league alliance Muttahida Muslim League,” he said. “I have old relations with the MQM. After I formed the AML, I came to Nine-Zero first.”

“We hope that every person who wants change will join the Muttahida Muslim League,” said Sheikh Rasheed.

Expressing support for the MQM’s philosophy and fight against feudalism, he said that the MQM was fighting for the oppressed masses and the party has the people’s mandate.