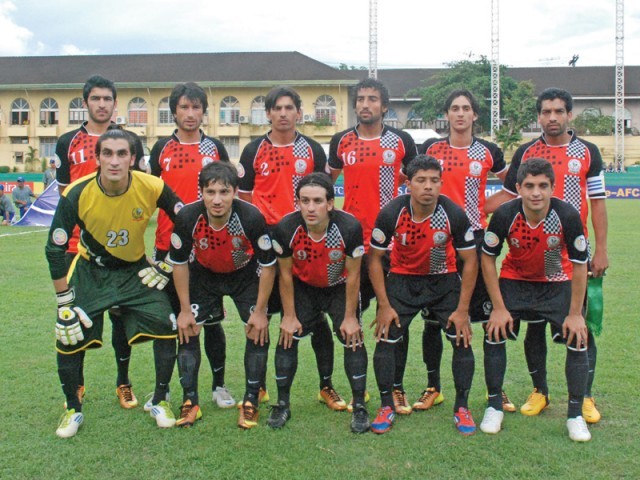 "I’m glad that my team won because we really needed some inspiration to carry on.  is victory gave us just that," Tariq Lutfi. PHOTO: KRL/FILE

KRL defeated the Pakistan national team 1-0 in a friendly match at The City School Sports Complex in Lahore on Saturday.

The match was organised by the Pakistan Football Federation (PFF) to help the national side, which consists of all U22 players, in their preparations for the Al-Nakba international tournament in Palestine, while KRL will be competing in the first-round group stage of the Asian Football Confederation (AFC) President’s Cup 2014 in Sri Lanka.

Pakistan Premier Football League (PPFL) champions KRL scored the winner in the first half through Zia Salam, while the national team failed to equalise in the full-time.

“It was a good match and a confidence boost for us,” KRL coach Tariq Lutfi told The Express Tribune. “We are grateful to the PFF for the opportunity.

“This was the only practice match we had before the AFC President’s Cup round in Sri Lanka. I’m glad that my team won because we really needed some inspiration to carry on. This victory gave us just that, at least now my players have the confidence.”

Lutfi said he had to struggle with the short pool of the players after Kaleemullah and Muhammad Adil left for Kyrgysatan’s FC Dordoi, while his captain Samar Ishaq has been injured and Saddam Hussain along with Bilawalur Rehman have been playing for the national side.

“It’s been a tough time, but that doesn’t mean that we would stop performing. Our competition in the President’s Cup will be tough as well, so playing against the national side was helpful.

He also said that he spoke to PFF head coach Shamlan Mohammed about releasing Saddam for the first President’s Cup match on May 7.

‘Hockey should be promoted in schools’