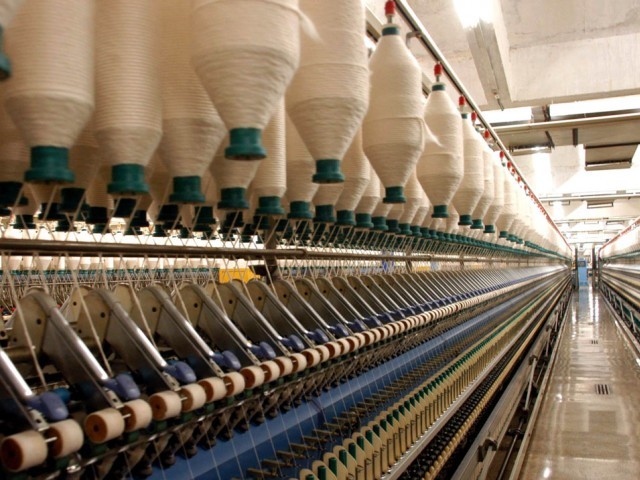 The sudden surge of around 12-15% in rupee value against the dollar has disturbed the business cycle of textile exporters who get export payments after a lag of 90-120 days. PHOTO: EXPRESS/FILE

KARACHI: The All Pakistan Textile Mills Association (APTMA) has urged the government to pay 10% rebate to textile exporters to shield themselves from the inventory losses they have incurred due to the fast appreciation of the Pakistan rupee against the US dollar.

“We want the government to tell us where exactly the rupee is going to stabilise against the dollar,” said APTMA Chairman Yasin Siddik. “Textile exporters have already faced the brunt of $300 million in exchange rate losses and huge cotton inventories,” Siddk added.

He was speaking at a press conference at the APTMA House in the presence of the Trade Development Authority of Pakistan (TDAP) Chief Executive S M Muneer.

“We just want the government to provide rebate on business deals textile exporters made during March-September 2013,” Siddik replied to a question.

The sudden surge of around 12-15% in rupee value against the dollar has disturbed the business cycle of textile exporters who get export payments after a lag of 90-120 days. Moreover, the rupee is still surging against the dollar, making exporters vulnerable to further losses if they make new business deals, Siddik added.

“When the dollar was appreciating against the rupee, the exporters were making small gains like 10-20 paisa per dollar. It was a slow and gradual process. However, the depreciation of the dollar was abrupt which is why it jolted the business cycle of exports,” Siddik answered when asked why exporters refrained from complaining when the rupee was depreciated from Rs100 to Rs107 per dollar.

Nutrition levels: The greener the fields, the healthier the children