Tax fraud at the railways

Tax fraud at the railways

Automa­tion will not decrea­se the FBR’s powers, it will increa­se them.
By Editorial
Published: April 10, 2014
Tweet Email 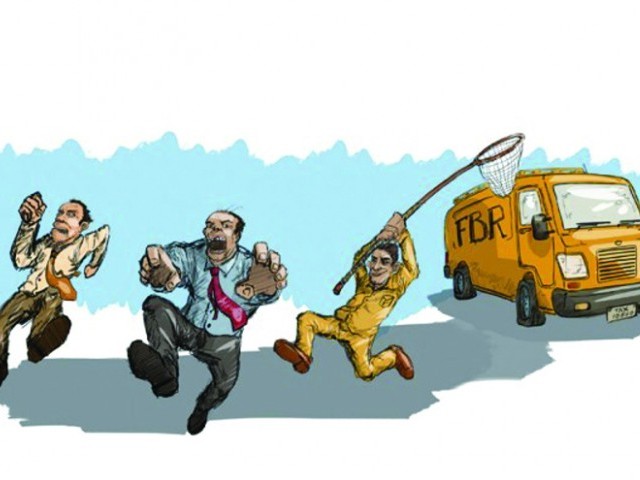 The fraud appears to have been made possible owing to a new system of tax collection put in place by the FBR that increased the direct involvement of FBR officials in the collection process. ILLUSTRATION: JAMAL KHURSHID

There is, perhaps, no entity in Islamabad worse than the creaking, rotten and far too often corrupt, official machinery at the Federal Board of Revenue (FBR). Not only do they fail to collect taxes from those who should be paying the most, they somehow manage to lose even those taxes that the government’s own entities try to deposit in the national exchequer.

Preliminary investigations by the Federal Investigation Agency reveal that, at least, Rs15 million in income tax payments from the Pakistan Railways that were meant to be deposited in a government account at the National Bank of Pakistan (NBP) have vanished, likely embezzled by a group of individuals who appear to have been acting in collusion with officials at the FBR and the NBP. If true, these allegations are a disgrace, and lay waste to any claims of credence the FBR may have made about their ability to collect taxes. Not only can they not effectively crack down on evasion, they cannot even crack down on corruption within their own ranks. The fraud appears to have been made possible owing to a new system of tax collection put in place by the FBR that increased the direct involvement of FBR officials in the collection process. We fail to understand why this new policy was instituted at all. Why is the FBR so militantly opposed to automation and computerisation?

There are far too few tax collection officials in the country. The FBR has just over 22,000 employees, and that includes clerical and support staff. Actual tax collecting officers are even far fewer. Pakistan needs far more revenue collection officials and it needs them to be more efficient. Automation will not decrease the FBR’s powers, it will increase them. We are glad that Interior Minister Chaudhry Nisar Ali Khan has ordered an investigation into the matter. But we do believe the government needs to go further than this specific instance and try to create a system that is designed to minimise leakages such as this. That is the only sustainable way forward.