FIA unearths millions of rupees worth of tax fraud

FIA unearths millions of rupees worth of tax fraud 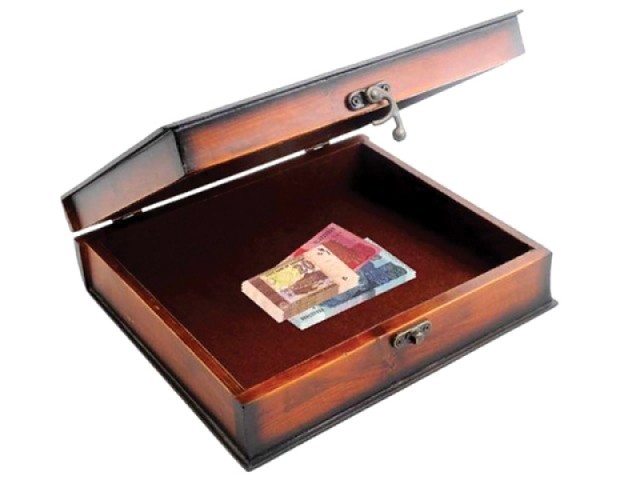 Two men allegedly in connivance with officials of the Federal Board of Revenue (FBR) and National Bank of Pakistan (NBP) have siphoned off millions of rupees that the Pakistan Railways paid in income tax and withholding tax for depositing in the FBR’s account, investigation shows.

After this multi-million-rupee fraud came to the knowledge of Railways Minister Khawaja Saad Rafique, he contacted Interior Minister Chaudhry Nisar Ali Khan, who asked the Federal Investigation Agency (FIA) to launch a probe, sources familiar with the developments told The Express Tribune.

The FIA’s Anti-corruption Circle police station registered a case against the accused involved in misappropriation of the Pakistan Railways’ money, which was credited from the organisation’s account for depositing in the account of FBR’s commissioner of Inland Revenue.

They embezzled government’s funds by submitting fake cheques for the transfer of money into the accounts of the two swindlers, said a member of the FIA’s investigation team, headed by Anti-corruption Circle Deputy Director Khalid Anees.

During the course of investigation as well as examination of record, it was unearthed that about Rs15 million had been misappropriated in complicity with the managers of NBP Baghbanpura branch. This amount was transferred into the accounts of Muhammad Jamil and Muhammad Bilal, instead of the commissioner of Inland Revenue.

According to initial investigations, until December 2012 the Pakistan Railways as per prescribed procedure credited the amount of income tax and withholding tax and deposited it in the account of commissioner of Inland Revenue.

However, in January 2013, the FBR authorities changed the procedure. Under the new system, a representative of the Inland Revenue, equipped with an authority letter, would receive the cheque for tax payment from the Pakistan Railways and deposit it in the FBR’s account.

Investigations revealed that some fake authority letters were used while committing the fraud and the accused inflicted a huge loss to the national exchequer, FIA Punjab Director Dr Usman Anwar told The Express Tribune.

The actual loss caused by the scam would be determined after the entire record was received from the Pakistan Railways, Inland Revenue and NBP, he said.

The FIA has sought the record for the period January 2013 to date for reconciliation, examination and estimating the actual loss.