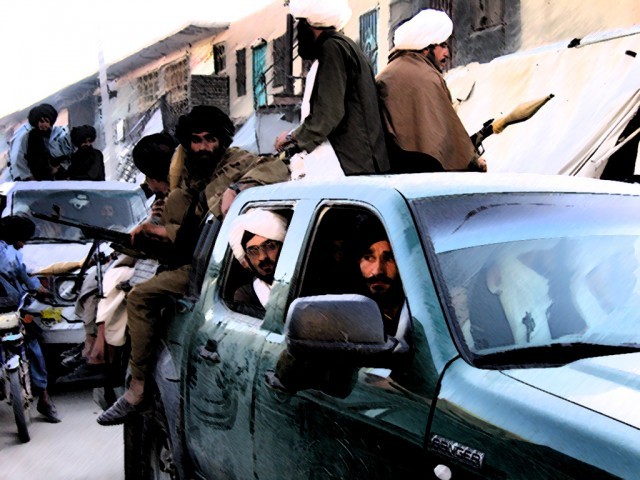 “Once again with full responsibility and seriousness the TTP awaits a positive response from the government,” says TTP spokesperson. PHOTO: AFP/FILE

The Tehreek-e-Taliban Pakistan (TTP) on Friday extended a ceasefire by six days to allow the government more time to meet their demands of releasing ‘non-combatant’ prisoners and pulling back troops.

The PML-N government began negotiations with the TTP through negotiators in February to try to end the seven-year insurgency.

“We announce to extend the ceasefire till April 10 and the TTP directs all members to suspend their actions against government and security forces,” the group’s central spokesman, Shahidullah Shahid, said in a statement.

“Once again with full responsibility and seriousness the TTP awaits a positive response from the government,” he said and added that “despite the lapse of three days in ceasefire there was a mysterious silence on government side.”

He accused the security forces of violations during the ceasefire and said that the proof was shared by the Taliban Political Shura with the government’s negotiating committee. He claimed that the killing and torture of TTP members continued unabated especially by the Sindh government.

Shahid said that the TTP had only demanded the release of what they called ‘non-combatant’ prisoners and the establishment of a ‘peace zone’ where security forces would not be present. He added that even though TTP’s ‘easy conditions’ were not fulfilled, still the Political Shura was pursuing talks with the government.

Last month the Taliban handed over a list of 300 people, including women, children, and old men. “If our demands are not met, a meeting of our Shura will be convened to decide future course of action,” Shahid said.

On Wednesday, the government handed over 19 tribesmen based in South Waziristan, calling them ‘non-combatant Taliban prisoners’. But the Taliban spokesman denied the men had been sought by the TTP or were its members.

The government negotiators and the Taliban intermediaries had a followup meeting in Islamabad chaired by Interior Minister Chaudhry Nisar Ali Khan amid growing speculation that the negotiations had ended in a deadlock.

There have been suggestions that high-profile figures held by the TTP, including the sons of former prime minister Yousuf Raza Gilani and slain former Punjab governor Salmaan Taseer, could be freed in return.

There was no official word on the meeting, but sources said the participants discussed the future course of action vis-à-vis peace dialogue.

In a related development, government negotiators and Taliban intermediaries will meet on Saturday (Today) to chalk out their plan for the next round of talks with the TTP Shura. The meeting will be chaired by the federal interior minister.