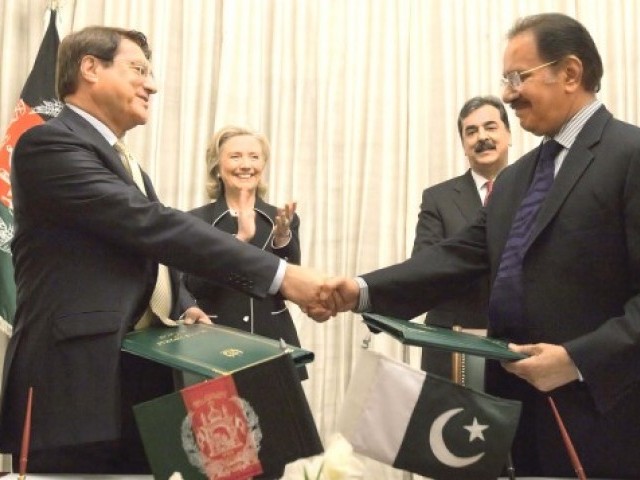 KABUL: In a positive development in relations between Afghanistan and Pakistan, the two countries signed the Afghanistan-Pakistan Transit Trade Agreement (APTTA) in Kabul on Wednesday.

In return of allowing India-Afghan trade, Pakistan will have access to Central Asian Republics (CAR) through Afghanistan.

The signing of this transit trade agreement will give Afghan export consignments for India access up to the Wagah border.

Afghan trucks with export items for India will be allowed to drive through the country to Karachi.

The deal, however, doesn’t allow India a trade corridor through Pakistan to Afghanistan.

The trade between India and Afghanistan through sea routes will, however, continue to take place under the previous arrangement.

Earlier this month, Pakistan’s federal cabinet approved the trade agreement, but kept its scope restricted by disallowing the transport of Indian export goods to the war-torn country through its lands.

The deal should bolster Pakistan exports to Afghanistan and Central Asia. Information Minister Qamar Zaman Kaira told the media after the cabinet meeting that Pakistan would be the ultimate winner of this agreement.