France denoun­ces threat­s of attack­s from al Qaeda leader, plays down his ties to kidnap­pers in Sahara.
By AFP
Published: October 28, 2010
Tweet Email 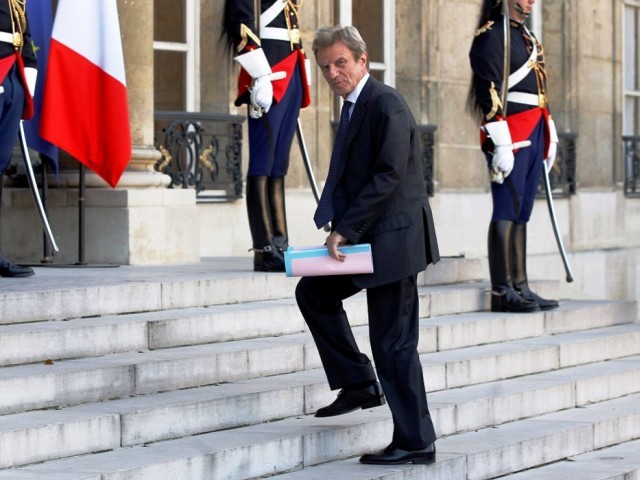 PARIS: France denounced Thursday new threats of attacks from al Qaeda leader Osama bin Laden, and played down his ties to the kidnappers of five French nationals held hostage in the Sahara.

Foreign Minister Bernard Kouchner said France was in a state of “extreme vigilance” but that the grim warning had come as no surprise, and he played down Bin Laden’s ability to influence events from his current hideout.

Kouchner was reacting after the author of a taped message purportedly from the al Qaeda kingpin said that five French hostages kidnapped in the Sahara had been taken as a warning and threatened more attacks on French interests.

“These unacceptable threats are not new,” Kouchner told reporters, playing down Bin Laden’s influence over the North African al Qaeda affiliate that carried out September’s kidnap of the French nationals in Niger.

“Mr Bin Laden has taken this opportunity. It was opportunism. It’s not him, it’s not Mr Bin Laden who is holding the hostages, it’s much more complicated than that,” Kouchner said, on the sidelines of a diplomatic meeting in Paris.

“We expected this threat and I don’t think Bin Laden has the same means at his disposal as he once had,” he said, minimising the threat posed by the man behind the September 11 attacks, now thought to be based in Pakistan.

Kouchner was speaking before authorities had confirmed the threat was genuine, but his spokesman Bernard Valero later briefed reporters that its authenticity “can be considered as confirmed in light of initial checks.”

“It only confirms the reality of the terrorist threat,” he said.

Gunmen kidnapped five French nationals and two African colleagues on September 15 from their homes in the uranium mining town of Arlit in Niger. They are now thought to be being held hostage in neighbouring Mali.

Kouchner denied reports France had developed “contacts” with the kidnappers.

The group that claimed responsibility for the kidnap, “al Qaeda in the Islamic Maghreb” (AQIM), has pledged allegiance to Bin Laden’s global network after evolving from groups of militant rebels roving the Sahara.

It is not clear how closely connected AQIM is with Bin Laden’s organisation, which is based in Pakistan’s border region with Afghanistan and has offshoots and cells in Somalia, Yemen, Iraq and scattered around the world.

Bin Laden’s message connected the kidnap to France’s deployment of troops to Afghanistan and ban on the full face veil.

“How could you take part in occupying our countries and support the Americans in killing our children and women, and then expect to live in peace and security?” Bin Laden demanded.

Defence Minister Herve Morin told RTL radio France could begin withdrawing troops from Afghanistan as early as next year, but insisted this was in no way connected to any the threat posed al Qaeda.

“In any case, that’s the calendar set by Barack Obama, that in 2011 the first American troops could quit Afghanistan,” he said. “And that’s what a certain number of European countries have started to say.”

Two French journalists have been held hostage by suspected insurgents in Afghanistan for more than 300 days, but Bin Laden did not refer to them.

Morin insisted France’s decision to begin looking towards the exit from Afghanistan next year had “absolutely no link” to any threat, recalling that French troops have been there since 2001 and have lost 50 comrades.

France has around 3,500 soldiers in Afghanistan attached to the US-led Nato force fighting Taliban insurgents and allied terrorist groups, mainly in the hilly districts just east of the capital Kabul.

Morin said that French and Afghan government forces had made great progress in at least one formerly violent area and that: “We hope that in the course of 2011 we’ll be able to transfer security to the Afghans.”