From Zardaris to Makranis: How the Baloch came to Sindh

From Zardaris to Makranis: How the Baloch came to Sindh 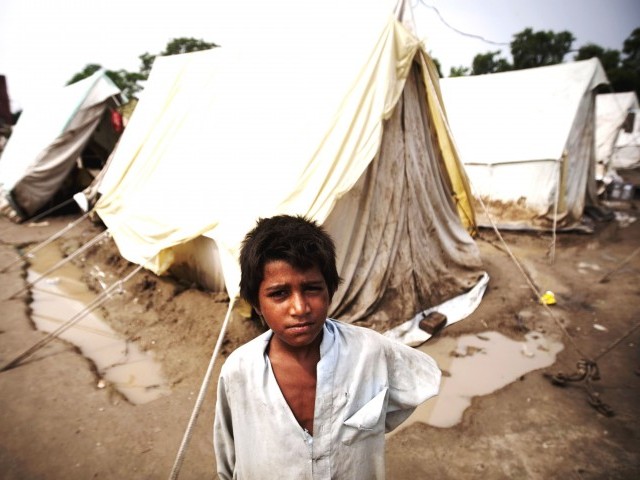 “Converting from Baloch to Sindhi definitely [took] several centuries but ethnically they still are proud to be known as Baloch.” PHOTO: AFP/FILE

KARACHI: Nature cares little for geographical boundaries and the identity of the Baloch has, in part, been driven by the vagaries of weather.

Specifically, in the case of the Baloch people who came to Sindh, climate underpinned the decision-making to move, according to Dr Akhtar Baloch, a University of Karachi professor. He spoke on this unique movement of people at a seminar on internal migration and urbanisation in Sindh that was organised by the Karachi Institute of Technology and Entrepreneurship on Wednesday.

After hundreds of years of seasonal migration, the first wave of ‘permanent’ settlement out of Balochistan took place in the 14th century, he said. “(The) north-west of Balochistan was very, very cold and was not [inhabitable] in the winter,” said Baloch. “The people had to go down to the plains in the south. This process continued for several hundred years.” In this wave of migration, it was tribes such as the Zardaris who came to settle in Sindh. “They never left after that.”

Some of them settled in Punjab and adopted Seraiki, others settled in the north of Sindh and took up Sindhi. The migrants who settled in Sindh’s katcha areas used to be shepherds but then gravitated to farming, he added. These are people such as the Kalmattis and the Rinds, he added.

The second wave of migration took place due to two serial droughts, first in 1669 and then an extremely severe one after one hundred years. It affected coastal Balochistan from Chabahar to Gadani. “Thousands of people died,” says Baloch. “The people had to migrate.” We see these Baloch today in Karachi’s Malir, Gadap, Kathore, Mauripur, Mawach and Lyari. They are also found in Bhanbore.

In the second more punishing drought, migration took place for survival. “This drought was significant as slavery was abolished in Balochistan by the masters,” says Baloch, referring to the sardars and elite.

“Their masters were in no better shape,” says Baloch. The drought became a great leveler between master and slave because everyone was starving. The slaves were allowed to leave. Although, Baloch is quick to point out that some slaves refused to abandon their masters and perished by their side. In this wave of migration the Baloch from Makran came to Sindh. And these people are the Baloch of African ancestry, as they were sold in Balochistan as slaves by the Arab traders.

“Converting from Baloch to Sindhi definitely [took] several centuries but ethnically they still are proud to be known as Baloch.”

Parsis of Karachi: It takes a community to raise a city

Assistant Professor Rashida Valika made a slight slip of the tongue when giving her presentation on the migration of Parsis from Karachi. They are an affluent “committee” she said, before gracefully correcting herself: “Community, sorry.”

The slip is understandable when we look at the numbers. There are about 1,800 Parsis left in Karachi. Sixty per cent are over 60 years old.

“In the last five to eight years most of the younger Parsis along with their families but without their aged parents have opted to leave Karachi,” she said. “And the countries they prefer are Australia, Canada and the US.” The average lifespan of a Parsi is 90 years, which also means that the elderly need care.

Valika’s presentation was made at a seminar on internal migration and urbanisation, organised by the Karachi Institute of Technology and Entrepreneurship on Wednesday. Valika gave the numbers – which are not new as such – but the thrust of her presentation was the loss to Karachi. “The Parsis are an affluent community with a literacy rate of 100%,” she said. “You can imagine the brain drain.”

The shame is that the Parsis built Karachi. Philanthropists came in the shape of the Eduljee Dinshaw family. They were the major donors responsible for the building, creation and subscription to the Lady Dufferin Hospital, the Spencer Eye Hospital, the Mama Parsi Girls School (Mr. Mama was the sponsor), the various municipal dispensaries in the city. The Soparivala family were the creators of the Bai Virbaijee Soparivala Parsi High School which bears their name. The Kothari Parade and the Clifton area were the creation and donation of Jehangir Kothari. The bandstand at Clifton was built by Sir Kavasji Katrak who was also a major donor for the Lady Dufferin Hospital. Three-time mayor Jamshed Nauserwanjee, the khadi-clad mayor, made primary education compulsory in the city. The list is endless.

There are two reasons the Parsis are leaving: political and security conditions. Fifty-five-year-old Alla Rustomji said: “I would love to stay in Karachi. This is my home. Amaro ghar che. I love Pakistan. I love Karachi. But my children are in their early 20s. What future do I see for them? And at the first given opportunity I will leave.”

Thus, the elderly dominate the community today and live mostly in the old city. But there are nine Parsi residential colonies, such as the one at Mehmoodabad, where they pay a token rent. This arrangement is testament to their sense of community and philanthropy; they take care of their own as well.

S. Byramji, a managing trustee of a fire temple in Karachi, summed it up: Given the rate at which our Parsi population is declining there soon won’t be one left.

The seminar was organised by the Migration Research Group (Trust). It was supported by UNFPA with the collaboration of the Directorate of Urban Policy and Strategic Planning of the Planning and Development department, Government of Sindh and the Karachi Institute of Technology and Entrepreneurship.

In his welcome speech, Rabbi Royan, country representative for UNFPA, highlighted the need for improved efforts to mainstream population issues. “This initiative was part of our effort to bring back the population factor into the mainstream of discourse and policy development,” he said.

Dr Sabiha H Syed, the executive chairperson for MRG, reiterated this need. “Population and development as a whole was not on the center stage of many development policies here in Pakistan,” she said. “UNFPA has taken this initiative and it has provided this opportunity to MRG to collect the relevant people for this brainstorming, knowledge-sharing and sharing of talents.”

Correction: An earlier version of this story incorrectly listed some names of the philanthropists and projects.