Peace talks: 'Dialogue with Taliban is the only way forward'

Peace talks: 'Dialogue with Taliban is the only way forward' 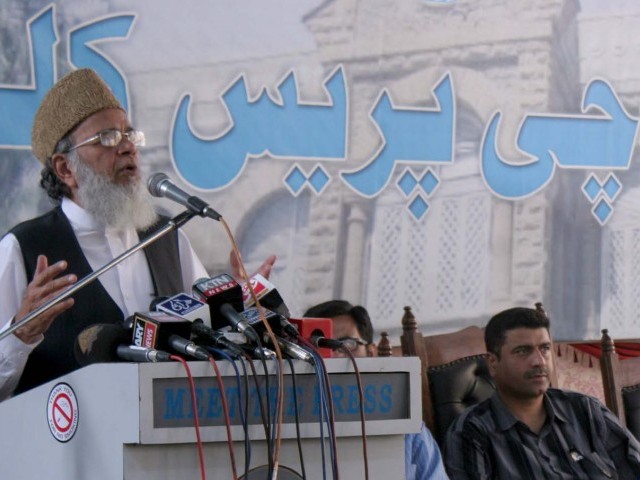 Peace talks between the government and the Taliban depend on the government’s will to adopt an independent foreign policy, said Jamaat-e-Islami (JI) chief Syed Munawar Hasan on Tuesday.

“It is for the first time that the government, the army and most probably, the Taliban, are on the same page, which is a good sign for the country’s future,” said Hasan. “Dialogue is the only way to restore peace in the country.”

He suggested that the proponents of a military operation should at least put forward a single example of success to support their demands.