The writer who made some laugh while scanda­lised others, breath­ed his last on Thursd­ay.
By Agencies
Published: March 21, 2014
Tweet Email 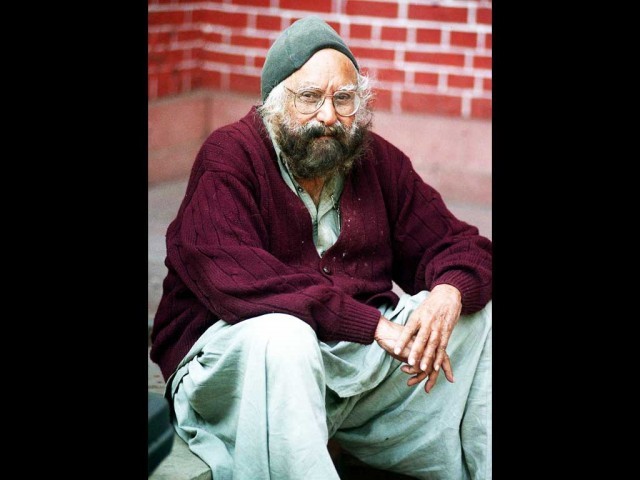 Khushwant Singh, one of India’s best known writers who won fame for a searing book on partition of the subcontinent, died Thursday aged 99.

India’s most prolific author, who died at his home in New Delhi after suffering breathing problems, had only recently stopped writing despite his advanced years, his son said.

“He was having some breathing problems. He hadn’t been too unwell in his last few days and had only stopped writing recently. He was still reading newspapers and books… was mentally alert, and led a full life,” Rahul Singh told NDTV.

Singh, nicknamed King Leer for his legendary roving eye, wrote more than 100 books and countless newspaper columns, including one called “With Malice Towards One And All”, which was his most read column.

In an interview with AFP in 2005, Khushwant Singh had described his passion for writing as compulsive. “I don’t know what to do with myself if I don’t write, I have lost the art of relaxation,” he had said.

Singh, a Sikh born on February 2, 1915 in what is now Pakistan, occupied India’s literary centre-stage for half a century with his novels.

He is best remembered for his historical novel “Train to Pakistan”, which recounts the tragedy and bloodshed of the partition of the subcontinent in 1947.  Singh, who penned his books and columns on yellow legal pads, became a writer relatively late.

Born into a well-off family, he initially practised law in Lahore. But partition was the trigger for him to change professions.

“I loathed the law. I thought I can’t waste my entire life living off other people’s quarrels.” He is survived by his son, daughter and a niece.