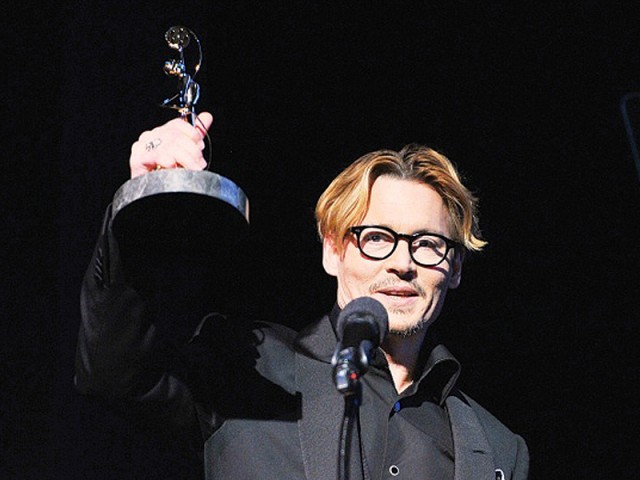 Depp is thinking of retiring from acting and dedicating his life to living it up. PHOTO: FILE

Hollywood heart-throb Johnny Depp, who recently turned 50, says that he doesn’t see himself continuing acting in the future. Depp’s upcoming film is Transcendence and he will be seen playing Dr Will Caster, a scientist, in the field of Artificial Intelligence in the sci-fi movie, which is Wally Pfister’s first directorial venture, said a statement.

Pfister has been the cinematographer in all of Christopher Nolan previous movies, including The Dark Knight trilogy and Inception.

In a recent interview with Rolling Stones magazine, the actor who is looking to settle down with fiancée Amber Heard, said: “I can’t say that I’d want to be doing this for another 10 years.”

When asked about what prompted his thoughts on an early retirement, the actor elaborated, “At a certain point, just take it down to the bare minimum and concentrate on, I guess, living life; really living life. And going somewhere where you don’t have to be on the run, or sneak in through the kitchen or the underground labyrinth of the hotel.”

Last year, according to E! Online, Depp explained:  “At a certain point, you start thinking, and when you add up the amount of dialogue that you say per year, for example, and you realise that you’ve said written words more than you’ve actually had a chance to say your own words, you start thinking of that as a kind of insane option for a human being.”

The actor, who will be seen with Morgan Freeman, Rebecca Hall and Kate Mara in Transcendence, has yet to sign  on any new projects.